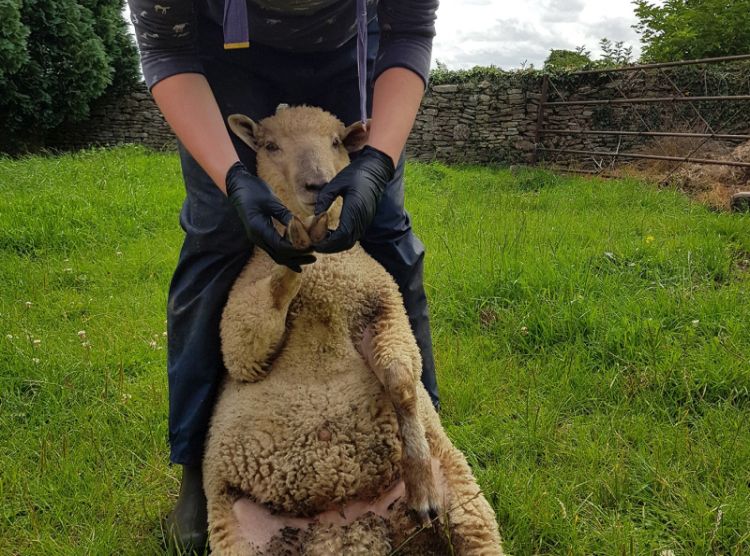 Disease management is being compromised where flocks are not adopting measures rigorously, according to new research

Sheep producers are being urged to implement all the proven measures to control sheep lameness following research into practical management routines on farm.

But disease management is being compromised where flocks are not adopting all five points rigorously, according to new research.

More than 530 sheep farmers recently completed an online survey organised by researchers at Harper Adams and Hartpury Universities, which examined the practical uptake of the Five-Point Plan.

“The results of the survey suggest less focus on trying to achieve long-term rigorous disease control,” said co-ordinator of the research Caroline Best.

The researchers were also surprised by the apparent attitude to disease prevention, using vaccination against footrot in particular.

“Non-vaccinating farmers would only consider vaccinating when, on average, percentage lameness increased by 15.7%; suggesting farmers are vaccinating as a reaction to lameness and not using it as a preventative tool,” said Ms Best.

She added that the farmers who did vaccinate were more likely to cull and quarantine, though less likely to treat affected sheep promptly, which is indicative of a preference for a whole flock management approach to tackling lameness problems.

“However, overall, farmers were no more likely to adopt the remaining elements of the Five-Point Plan if they were vaccinating, despite industry recommendations that all five points should be implemented concurrently.”

Another concern identified in the research is the extent to which UK sheep farmers continue to routinely trim feet, which has been demonstrated to be an unsuitable practice if you want to reduce lameness prevalence.

Ms Best said: “We found that one in five (19.9%) farmers routinely foot trim and more than half (51.3%) foot trim animals that are lame. Just under 47% trim to correct misshapen claws without active signs of infection.

"Interestingly, whilst foot trimming has hitherto been a traditional practice of generations of sheep farmers, it surprised us that it was farmers aged 35 years or younger who were more likely to trim the feet of lame sheep."

What increases the risk of lameness?

In summary, eight key flock management factors were associated with a significantly higher risk of lameness in ewes:

• Short-term vaccination (over one year, but no more than two years) as a reaction to lameness rather than as an on-going disease prevention strategy

• Not carrying out measures to avoid lameness transmission