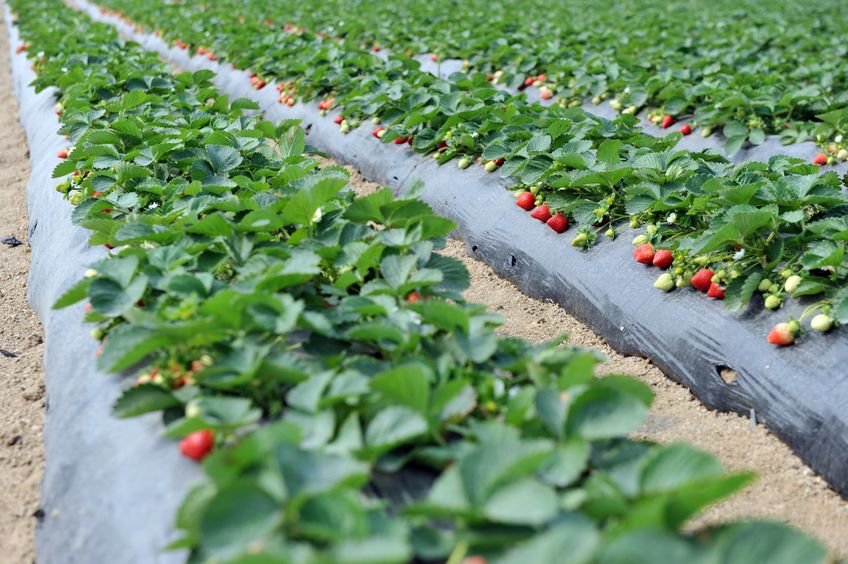 The price of British summer fruits and salad could 'soar' by up to 50 per cent if the UK cannot gain access to EU workers after Brexit.

Growers are also having trouble recruiting migrant labour, with more than half saying they don't know if they will have enough pickers to harvest their crops.

This is according to a report by farm business consultants Andersons for industry body British Summer Fruits.

Producers have called on the government to introduce a permit scheme for seasonal workers to ensure production does not come to a stop.

MPs have backed calls for the reintroduction of such a scheme, which would allow migrants to continue working in roles vital to the rural economy.

Indeed, the UK soft fruit industry is seen as vital. The report states that production in the UK had grown by 131 per cent over the last 20 years to a value of more than £1.2 billion.

This is largely driven as a result of an increase in home-grown strawberries.

'Extreme as it gets'

Laurence Olins, British Summer Fruits chairman said: "This is as extreme as it gets. If we do not have the pickers, we do not have a soft fruit industry.

"It is inconceivable that people who voted to leave the European Union wanted to destroy an iconic and incredibly competitive British horticulture industry, and see the end of buying British produce.

"But if we cannot ensure access to the seasonal workers needed to produce soft fruit in Britain, that will be an unintended consequence of Brexit - along with soaring prices and increased reliance on imports."

The farming industry and some politicians have repeatedly warned over the past year of disaster if Brexit negotiations don't successfully gain access to the EU worker pool.

According a recent CLA survey, restricting access to migrant workers once the UK leaves the EU would negatively impact more than half of rural businesses.

The Scottish National Party has pledged to 'protect' the Scottish agri-food industry by fighting to stay as a member of the single market.

Even Brexit campaigner and current Foreign Secretary Boris Johnson has admitted that the UK may continue free movement of people from the EU after Brexit.