Farmers with labour vacancies told to ask DWP for help 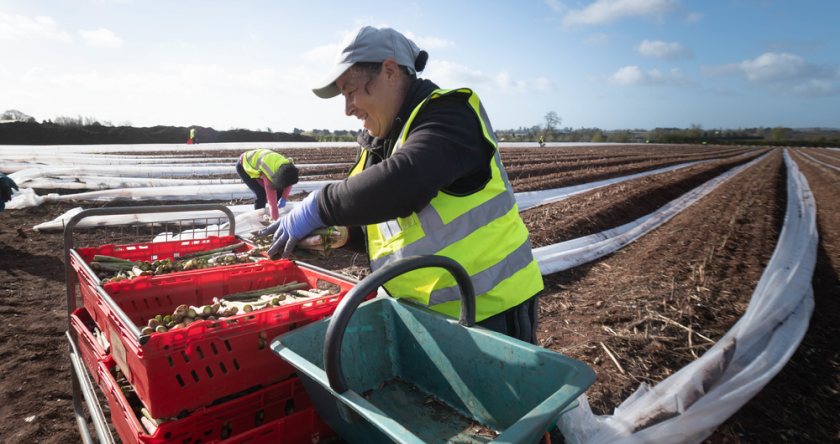 Seasonal farm worker recruitment has been impacted by Covid-19 restrictions

The government is collaborating with the NFU to help jobseekers boost their skills and reap the benefits of working in the agriculture sector.

The NFU and the Department for Work and Pensions (DWP) has identified measures to support UK growers in attracting and retaining domestic workers this year.

The department will act as a point of contact between businesses and the unemployed, and help identify candidates that have the right skills and attributes for the roles.

The NFU said this more targeted approach would minimise the recruitment challenges that arose during last year.

Seasonal worker recruitment has been impacted by Covid-19 restrictions and the introduction of a points based immigration system in January 2021.

But the union explained that working with the DWP would ensure that jobseekers had a clear understanding of the farming sector and the skills needed.

Tom Bradshaw, NFU vice president, said it was important for farmers to advertise their vacancies on the government's Find a Job website.

He also said farming businesses should engage with the DWP, which can assist employers with specific recruitment needs.

“Like other developed countries around the world, the UK horticulture sector has been reliant on overseas workers for decades,” he said.

“But the UK’s new immigration policy means this cannot be the only source of labour and, increasingly so, domestic workers will be needed to fill vacancies and undertake opportunities."

He said building relationships with local job centres was critical to this: "Their teams have been briefed about the requirements of the sector," he explained.

"They can also discuss options, such as short-term work trials, which come at no costs to the employer when bringing new people in."

The NFU said it was aware that farming businesses had found it hard to attract and retain domestic workers in the past.

However, with support from DWP, and against the backdrop of rising unemployment, it said the sector now had the opportunity to re-connect with a workforce that had new motivations to realise the benefits that seasonal horticultural roles can provide.

Mr Bradshaw continued: “In addition, promoting roles through these channels will enable DWP to gather important evidence on the scale of vacancies and whether they are filled.

"This data will become increasingly important as the season progresses and attention turns to the long-term recruitment needs for 2022 and beyond.”