Farmers with woodland told to look out for new disease 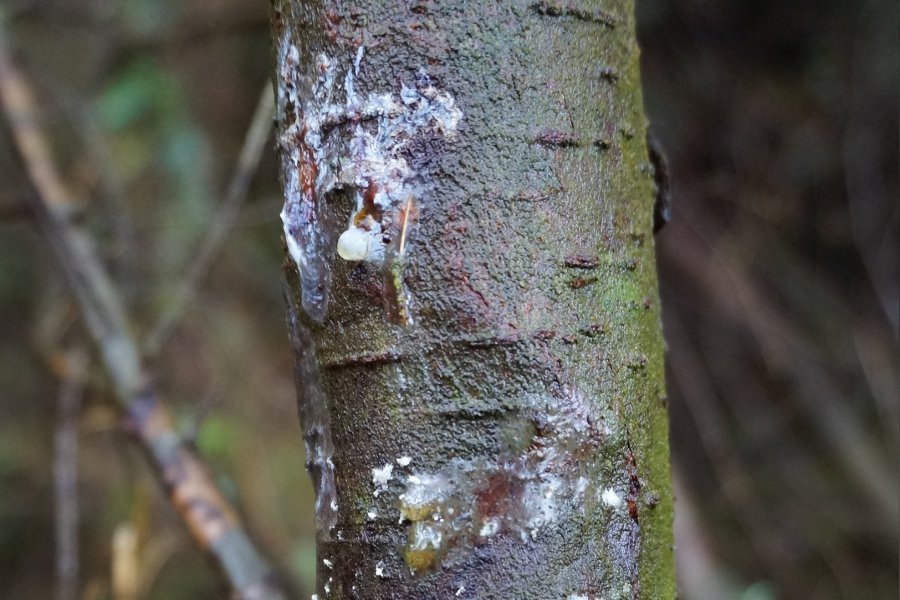 The fungus-like pathogen is known to affect a variety of tree species (Photo: Forest Research)

Farmers and landowners with woodland are being urged to remain vigilant for a new tree disease discovered in Cornwall this week.

The warning comes after the Forestry Commission (FC) and Forest Research (FR) identified the tree pathogen Phytophthora pluvialis in a woodland in Cornwall.

The fungus-like pathogen is known to affect a variety of tree species, including western hemlock, Douglas fir, tanoak and several pine species, in particular radiata pine.

It is reported to cause needle cast - where needles turn brown and fall off - shoot dieback, and lesions on the stem, branches, and roots.

This is the first report of this pathogen in Europe. At this stage it is unknown if Phytophthora pluvialis is the direct cause of the observed symptoms which have been found on mature western hemlock and Douglas-fir trees.

Forestry Commission, Forest Research and the Animal and Plant Health Agency are conducting further surveillance and diagnostic analysis to understand more about the pathogen.

The bodies have urged farmers, foresters, land managers and landowners to keep a look out for the tree disease.

Nicola Spence, the UK Chief Plant Health Officer, said: “We are taking swift and robust action against this finding of Phytophthora pluvialis, as part of our well-established biosecurity protocol used for tree pests and diseases.

“I urge all sectors to support efforts to tackle this pathogen by checking the health of western hemlock and Douglas-fir trees.

"Key symptoms to look for are lesions on the stem, branch or roots. Any sightings should be reported to the Forestry Commission via its Tree Alert online portal.”

To protect against the pathogen, the Forestry Commission has introduced a demarcated area in Cornwall to restrict the movement of materials capable of spreading the disease.

Farmers and landowners are asked to report any suspect trees via TreeAlert.