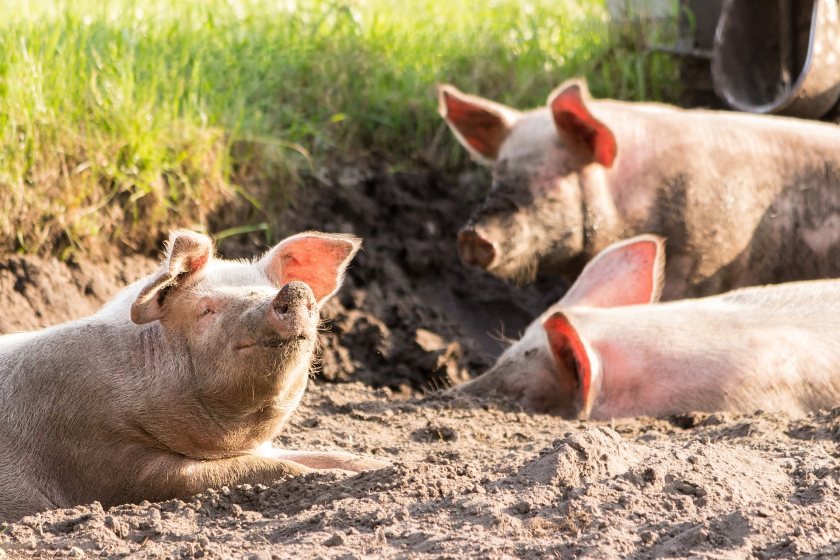 Heat stress is a cause for concern due to the consequences it can have on feeding behaviour (Photo: Lallemand Animal Nutrition)

Feeding a live yeast can help alleviate the impact of heat stress in pigs, Lallemand Animal Nutrition says as temperature continue to stay above 20°C.

Heat stress is a cause for concern for pig producers, due to the consequences it can have on feeding behaviour, growth rates and animal welfare, adding to the current challenges the industry are facing.

This is through positive microbiota modulation – the process of manipulating the microbiome to improve overall gut health.

A trial was conducted in partnership with INRAE Pegase, in France, to evaluate the impact of heat stress on the energetic metabolism and feeding behaviour of pigs.

Ten finishing boars were housed for 20 days in respiration chambers under thermoneutrality, for seven days at 22°C, and then under heat stress conditions, for seven plus six days at 28°C.

They were fed either a diet with or without the live yeast Saccharomyces c. boulardii CNCM I-1079.

Thanks to high-throughput sequencing techniques, the study also provided new insights on the key role of the digestive microbiota under thermal stress conditions.

"Recent research has shown that both short-term and chronic heat stress challenge has an impact on the microbiota composition.

"However, pigs fed the live yeast, Levucell SB, were found to have higher levels of positive bacteria present, which correlated with higher dry matter intake and energy retention."

Through the use of respiratory chambers, the trial also evaluated the benefit of Saccharomyces c. boulardii CNCM I-1079 on pig metabolism.

Under heat stress, pigs tended to eat less and divert their energy metabolism from growth to ensure thermoneutrality.

Ms Elliott says that the trial highlights the benefits of feeding the live yeast, indicating positive outcomes for animal welfare, metabolism and performance.

“While heat stress decreased feed intake in all animals, the pigs fed the live yeast showed higher feed intakes due to larger numbers of meals per day and longer meal duration compared to the control group.

At the end of the trial, feed intake was also more stable in these pigs than when we compared the heat stress periods with the thermoneutrality periods.

“The Levucell SB-fed pigs had lower skin temperatures compared to the control pigs and we also found these pigs had increased energy retention under heat stress versus the control.

"It could be explained in part by the improved gut microbiota balance,” she explains.