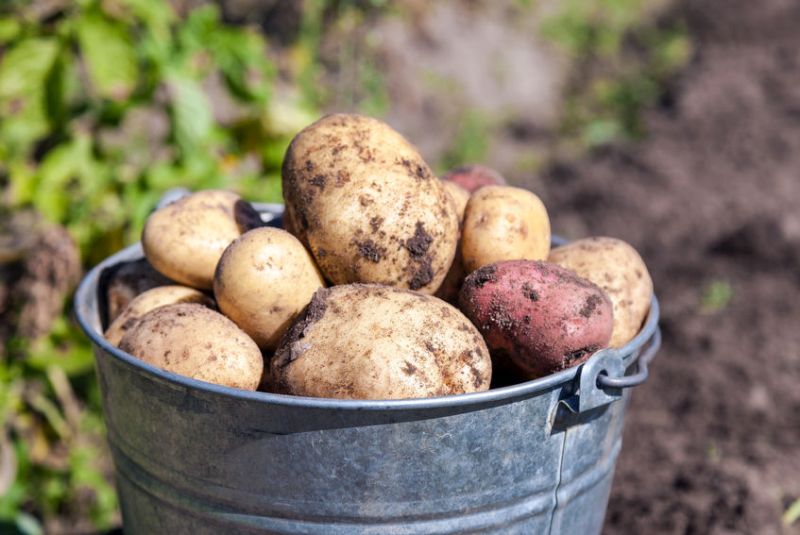 Field trials conducted during the 2017 growing season have shown how the use of smart technology can help maximise crop yields.

The research also highlighted how early intervention can help prevent produce falling outside of specifications; one of the most significant causes of crop rejection in primary production.

The project followed the potatoes from sowing in 2017 through to harvest and storage into 2018, and saw participating farms grow a combination of salad and fresh potato crops using Belana, Nectar and Maris Piper varieties.

The trials helped to increase yields by providing growers with critical information on the development of crops earlier than normal, this was achieved through greater monitoring and measurement throughout the season.

Dedicated training was provided prior to planting on best practice in crop management techniques, and collaborative support was given throughout the trials.

Growers were also instructed in the use of the Potato Yield Model developed by NIAB to give key yield data as early as possible.

This smart technology allows farmers to forecast the total and graded potato yields ahead of harvest.

The model uses real time visual imagery and historical data from commercial crops to provide a forecast up to ten weeks before harvest.

The findings of the research have been published in a new report from WRAP, along with a series of recommendations around standardising crop yield measurement in primary production.

The study also found significant inconsistencies in the yields and performances of the participating growers; all of whom operate in the same region of the UK.

The disparity was particularly noticeable between the highest and the lowest total crop yields. For one variety, Belana, the best performing crop generated nearly £10,000 more revenue per hectare than the lowest.

While for Nectar, where differences were less pronounced, variation was still £2,000 per hectare in some instances. Based on an average field size of 10 ha, the difference could be worth in the region of £100,000 and £20,000 respectively, in terms of revenue.

Whilst farm-specific factors such as weather and soil type will explain some differences, WRAP believes this variation points to widescale differences in grower productivity across the UK.

However, the training and technology interventions trialled with Asda IPL could help improve crop yields further afield, and maximise the volume of produce meeting client specifications for many more growers.

Peter Maddox, Director at WRAP said: “Improving crop yields without putting added stress on the environment is what everyone wants, and these trials show that closer monitoring and more standardised measurement can make that happen.”

In terms of how yields are utilised, the research recorded the rates for how much of a crop is diverted to lower value uses, or outside of specifications.

These ranged between 14% and 37% of the total crop, across all varieties, with potatoes falling outside of size specification being the most common factor for rejection, rather than quality defects.

Very little of the actual crop is wasted once at the packhouse however, but in most cases the proportion of the crop diverted away from its intended use (specification) to lower value uses; such as other markets or stock feed, represents a significant loss in revenue for the farmer and supply chain.

The trials also found it was impossible to collect suitable data once the crop had left the field. This was due to differences in how yields were measured, and the lack of transparency over what happened to the crop before it was measured and whether it was combined with produce from other fields; or had defects removed.

The way the supply chain operates can further complicate this situation. Often last-minute unplanned changes to specifications cause additional produce to fall outside of specification; while conversely greater flexibility around specifications can mean more produce is included when there are instances of gluts or weather-related imperfections.