Firefighters tackle tractor fire on A5 in Shropshire 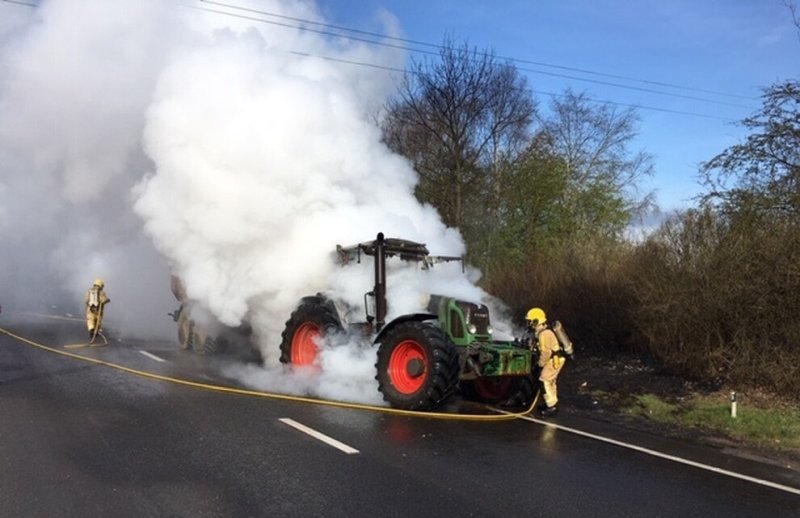 Dramatic images have emerged of firefighters tackling a tractor and trailer fire on the A5 in Shropshire.

Shropshire Fire and Rescue Service tackled the blaze at 09:03 on Monday (23 March), near Shrewsbury.

Three fire appliances were mobilised from the market town, and an operations officer was in attendance, the service said.

The fire involved a tractor and trailer. Four breathing apparatus and four hose reel jets were used to extinguish the blaze.

Assisting @ShrewsburyCops and @OPUShropshire A5 from Hanwood roundabout towards Meole Brace is currently closed due to a lorry fire. Please use an alternative route for the time being. #police #shrewsbury pic.twitter.com/aTwLAQ0ZV6

A5 east bound Edgebold to Dobbies, lane 1 closed due to tractor fire, please be patient with traffic build up for recovery & road inspection after. 3438 pic.twitter.com/edAvX5AOuO


The UK has seen its fair share of road incidents involving tractors. Last year, a Somerset farmer was left 'shaken' after firefighters helped rescue him from his overturned tractor.

And a Shropshire tractor driver was described as 'very lucky' after he escaped major injury following a collision into another vehicle in 2018.