First dairy advert in 20 years to air on TV screens 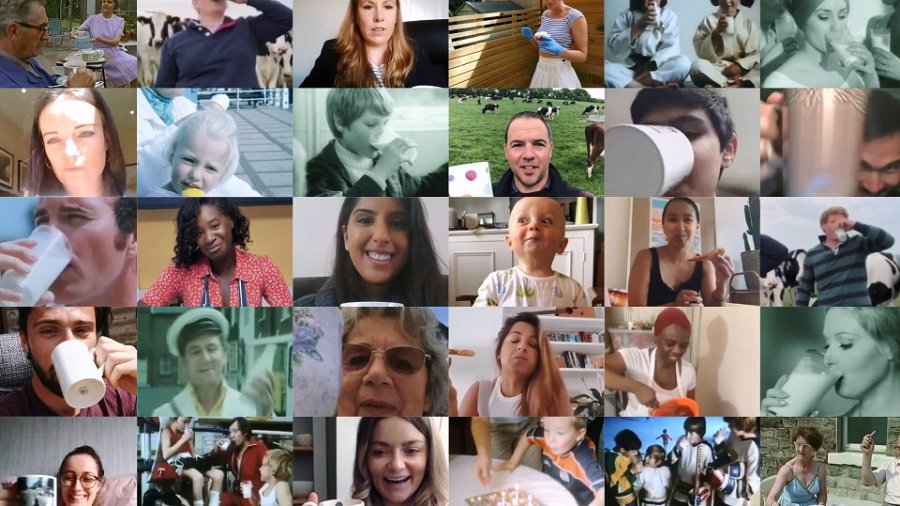 The first dairy TV advert in two decades will be aired featuring a selection of iconic milk adverts seen on British screens over the last 60 years.

The advert, to air today (1 July), will feature personalities from past TV adverts as early as the 1960s, and new faces will also feature to celebrate the industry's future.

Part of the £1m joint-funded dairy marketing campaign, it will highlight how dairy has played a role in 'connecting' the British public over the decades.

It will air with spots on big shows such as Emmerdale, Saturday Morning with James Martin, Sunday Brunch and Bake off: The Professionals.

It forms part of the 12-week Milk Your Moments campaign launched by AHDB, Dairy UK, Defra, Scottish government, Welsh government and the Northern Ireland Executive to deal with the impact of Covid-19.

AHDB strategy director for dairy, Paul Flanagan said dairy producers had 'really got behind' the campaign across social media.

“These last few months have been really challenging for the dairy sector and the £1m campaign has played a big role in helping to promote the sector and reminding consumers of the important role dairy plays in our lives,” he said.

Dairy UK chief executive, Dr Judith Bryans added that the advert was the 'perfect time' for the dairy industry to be back on TV screens.

“It’s great to be back on TV again and to have the chance to reach out to so many people with our messages, and to let them know we’re still here providing them with the great tasting, nutritious products they love.”

The Milk Your Moments campaign was led by the dairy industry in partnership with government to support Mind, the mental health charity who launched an appeal to ensure that no one has to face a mental health crisis alone during the pandemic.