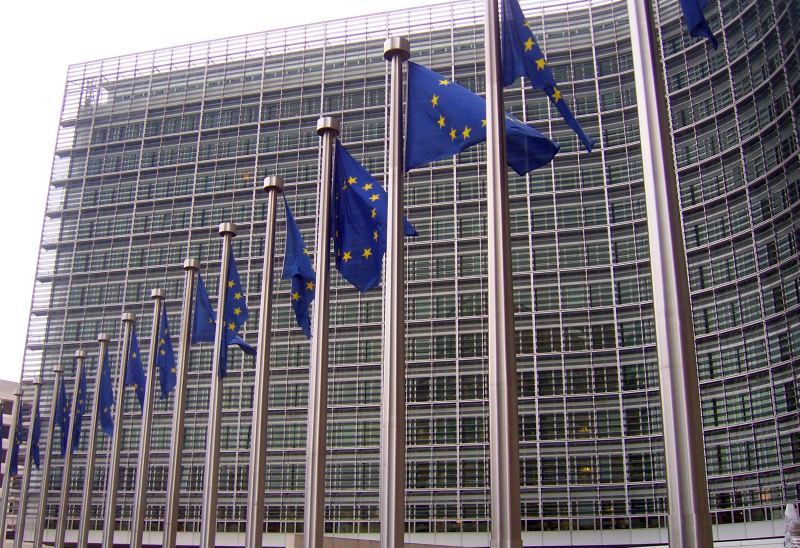 The world's most-used herbicide glyphosate has been approved for renewal within the EU today following a turbulent period of uncertainty and deadlock.

The twenty-eight Member States met at an appeal committee. 18 countries voted for, 9 against and one abstained.

Germany voted in favour of the renewal, having previously abstained. This ensured the qualified majority for approval. France pleaded for a renewal of 3 years.

Germany represents 16.06% of the European population and is therefore a decisive factor in a qualified majority vote.

A qualified majority is when a proposal wins approval (or rejection) from 55% of the European Union countries, representing at least 65% of the population.

The EU's Health and Food Safety commissioner Vytenis Andriukaitis tweeted: "Today’s vote shows that when we all want to, we are able to share and accept our collective responsibility in decision making."

The National Farmers' Union (NFU) has called the decision to reauthorise the use of glyphosate for five years "welcome news" and a "testament to the hard work of British farmers" in lobbying MEPs over its safety and benefits.

However, the farming union stated it should have been reauthorised for 15 years.

Guy Smith, NFU Vice President, said: “It is good news that farmers and growers will be able to continue using glyphosate for another five years. However, the fact remains that there is absolutely no regulatory reason why it should not have been reauthorised for 15 years, as was originally proposed.

“Today’s decision will be welcomed by farmers who have watched with growing concern as what should have been a straightforward decision has become increasingly political. The NFU has repeatedly said that decisions like this must be based on science and evidence. This clearly hasn’t happened in this case.

Mr Smith continued: “Glyphosate reduces the need to use other herbicides, it helps to protect soil and cut greenhouse gas emissions by reducing the need for ploughing, and it enables farmers in this country to grow crops that help produce safe, affordable, high quality British food.”

EU agricultural cooperative Copa and Cogeca also expressed their dissatisfaction about the decision for a five-year renewal, saying it should have been renewed for 15 years.

Copa and Cogeca Secretary-General Pekka Pesonen said: “It should have been re-authorised for 15 years after it was given a positive assessment by both the European Food Safety Authority (EFSA), and the European Chemicals Agency (ECHA). It is vital not only to feed a growing population with reliable food supplies at affordable prices.”

Nevertheless, today's vote will come as a sign of relief for the farming industry, with the NFU previously accusing Member States of "playing politics" over the decision to renew.

However, agricultural powerhouse France stated on Sunday (26 November) it would vote against the five-year extension of the licence for glyphosate due to health concerns.

"The Commission will put one single proposition on the table on Monday: renewing glyphosate (licence) for five years. In view of the risks, France will oppose this proposition and vote against it," Brune Poirson said in an editorial in French Sunday newspaper Journal du Dimanche.

The World Health Organisation's International Agency for Research on Cancer’s (IARC) decided to class glyphosate as a “probable carcinogen to humans” in 2015.

But in the same year, the European Food Safety Authority (EFSA) concluded that glyphosate is “unlikely to pose a carcinogenic hazard to humans”, showing the contradictory nature of the debate.

On the side of those who favour a ban on glyphosate is the Green Party. Responding to today's news, Green MEP Molly Scott Cato, a member of the European Parliament’s Agriculture Committee, said today's renewal is a "toxic decision".

“A majority of EU nations, including the UK are ignoring huge opposition from civil society; the almost one and a half million EU citizens who have signed a petition against glyphosate and the European Parliament who recently voted for a five-year phase out,” Ms Cato said.

“This again confirms the profound influence agrichemical corporates have over our public institutions and policymakers. Governments have cracked under the intimidating pressure of Monsanto and others.

“It is time to weed out the poison from the Commission and its Agencies and root out corporate lobbyists who are having such a huge influence on EU governments. They are working against the interests of public health and environmental protection.”

Peter Melchett, Policy Director at environmental charity the Soil Association, said: “The weight of scientific evidence suggesting glyphosate is not safe, including evidence from internal Monsanto papers, is increasing all the time.

“The chronic uncertainty that has so delayed a decision by the EU should not stop Michael Gove doing things that everyone agrees on, namely banning the spraying of glyphosate on crops immediately pre-harvest and banning glyphosate use in public places like parks, streets and playgrounds, in line with the European Parliament’s and the Commission’s advice.”

Today's vote follows a lack of a qualified majority of the Member States on the proposal of the European executive earlier this month (9 November) to grant glyphosate a 5-year renewal.

The meeting by the Standing Committee on Plants, Animals, Food and Feed (SCoPAFF) on 9 November at the European Commission followed an initial round of votes by Member States that commenced on October 25, which failed to come to a conclusion to grant glyphosate a 10-year renewal period.

The procedure to refer to an appeal committee is foreseen in cases where there is no agreement between the Member States. This committee could only examine the proposal which has been formulated by the European Commission and not a new one.

Member States had just under three weeks before the expiry of the current glyphosate license on December 15.