Food and farming educational initiative to go ahead in 2021 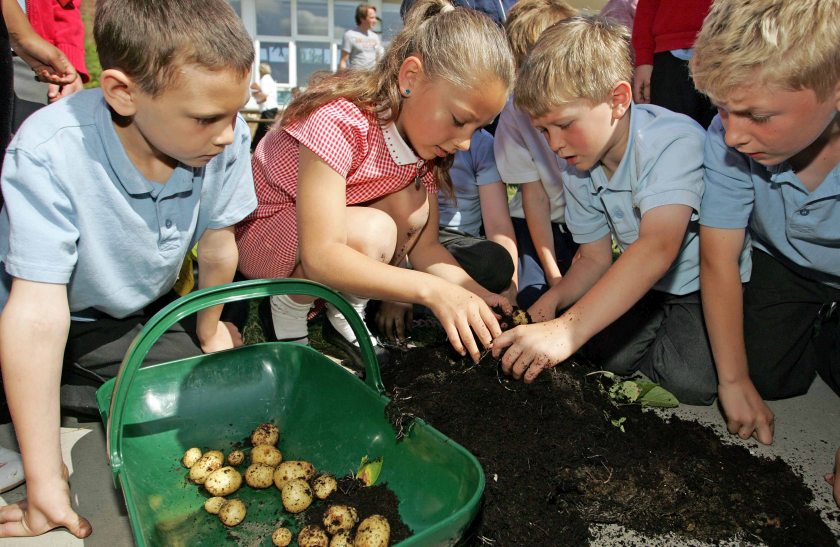 An educational initiative that helps children learn more about where their food comes from will go ahead as planned this year.

Now in its 16th year, the Grow Your Own Potatoes (GYOP) programme will teach pupils about farming and food production.

Since it began, the AHDB initiative has delivered positive messages about food to more than five million primary schoolchildren nationwide.

Despite Covid restrictions meaning fewer pupils are in school, all parties involved agreed campaign kits should be sent out and GYOP should continue as planned.

These include the programme's main sponsor McCain, representatives from potato seed suppliers and the AHDB team.

The unanimous decision comes after primary schools across England, Scotland and Wales already requested more than 14,000 of the 15,000 kits available.

Sue Lawton, AHDB Education Manager said: “This year we have put together a comprehensive project, including a six-week block of work based around the theme of potatoes, with cross-curricular links to different subject areas designed to help teachers get the most from getting involved.”

The work is designed to fit between planting and harvesting and to align with curriculums in England, Scotland and Wales.

She added: “Children can study their potato plants as they grow and learn how to prepare a delicious potato salad when their own potatoes are ready.”

The closure of schools all over the UK as a result of the pandemic has forced AHDB to adapt the GYOP project and create new ways to engage with children.

“Back in 2020, following the first round of school closures, teachers involved in the scheme started putting plans in place to look after their growing plants while they were unable to access their classroom.

"A survey shortly afterwards highlighted that 97% of those that responded had managed to do so,” Ms Lawton said.

Schools can still get involved if they complete the registration form before the deadline of 22 January.