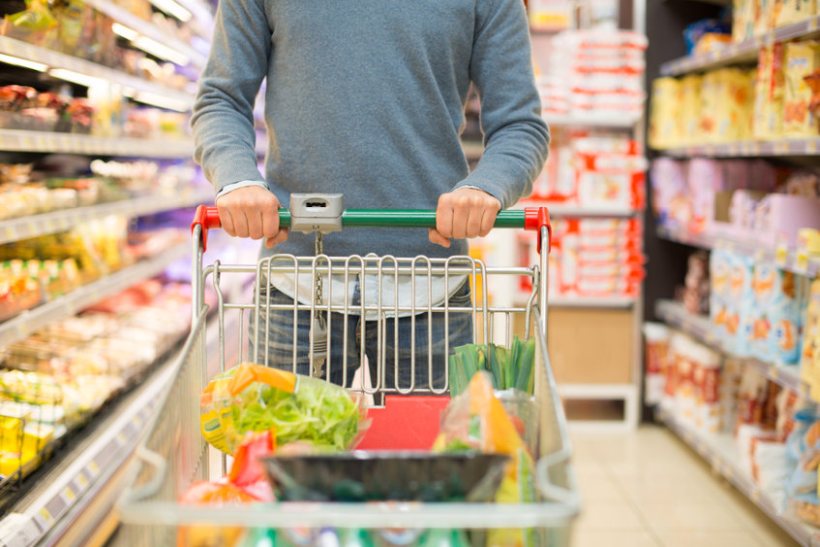 The FDF warns the situation is a 'very worrying time' for UK households, and the pressures on small and large businesses are 'immense'

Food prices are rising at their fastest rate for over 10 years, the Food and Drink Federation (FDF) has warned following the release of 'sobering' inflation figures.

Food and non-alcoholic drinks prices in the UK have risen by 6.7%, with the FDF saying this figure was slightly more than food manufacturers' had feared.

The industry body said it expected food inflation to reach 10% by the end of the year.

Food price rises have been ongoing for more than a year now as a result of pressures in the global supply chain caused by the pandemic.

The war in Ukraine, with both Ukraine and Russia important suppliers of commodities like wheat and food oils, as well as energy and fertiliser, has made the situation worse.

Global wheat prices have increased 25 percent over the past couple of months.

The FDF's chief executive, Karen Betts said this was a 'very worrying time' for many households, and the pressures on small and large businesses were 'immense'.

"Our sector is, in particular, impacted by the significant rises in energy costs seen this year – with over 60% of food and drink manufacturers reporting energy price rises are impacting their operations.

"Meanwhile, wages are rising too with labour shortages right across our sector taking hold."

Ms Betts added: “In this context, it’s vital industry and government work hand-in-hand to ensure the cost of doing business is kept as low as possible.

"For instance minimising the costs of existing and new regulation, and with a view to responding to shortages in supply in as agile a way as possible.”

It comes after Bank of England Governor Andrew Bailey warned that increasing food prices were not only a major concern for the UK, but the entire world.

"[The risk factor] that I am going to sound rather apocalyptic about is food," he told the Treasury Committee at the House of Commons on Monday (16 May).

"Ukraine does have food in store, but it can't get it out at the moment. As things stand at the moment it's getting worse. And that is a major, major worry.

For the farming industry, inflation now stands at 30.6%, according to the most recent estimate by business consultancy Andersons.

In the wider economy, inflation reached a 40-year high of 9% in April, up from 7% in March.