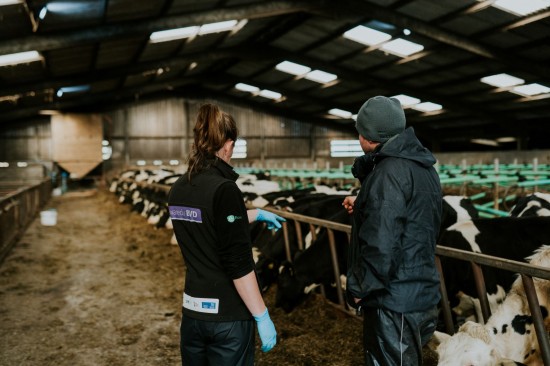 Since launching in 2017, the free Gwaredu BVD screening programme has achieved successful results

Farmers in Wales have welcomed news that free Bovine Viral Diarrhoea testing for cattle producers has been extended until 31 December 2022.

The testing, which is provided through Gwaredu BVD, supports both youngstock testing and the hunt for persistently infected (PI) animals.

The programme helps Welsh farmers eliminate the disease in their herds and achieve BVD free status.

The programme now aims to continue working with farmers and their vets to identify the PI animals.

The Farmers' Union of Wales (FUW) has called on farmers to participate in Gwaredu BVD.

"Estimates suggest that this disease can cost £4,500 per year for the average beef herd, and £15,000 for dairy herds through associated issues such as lowered milk yields, poor fertility, diarrhoea and respiratory problems.

“We encourage members to participate in Gwaredu BVD and urge them to take advantage of this additional funding in order to determine the status of their herd.”

The Gwaredu BVD programme is available to all 11,000 Welsh cattle farms, and is managed by Coleg Sir Gâr’s Agriculture Research Centre in partnership with the Royal Veterinary College.