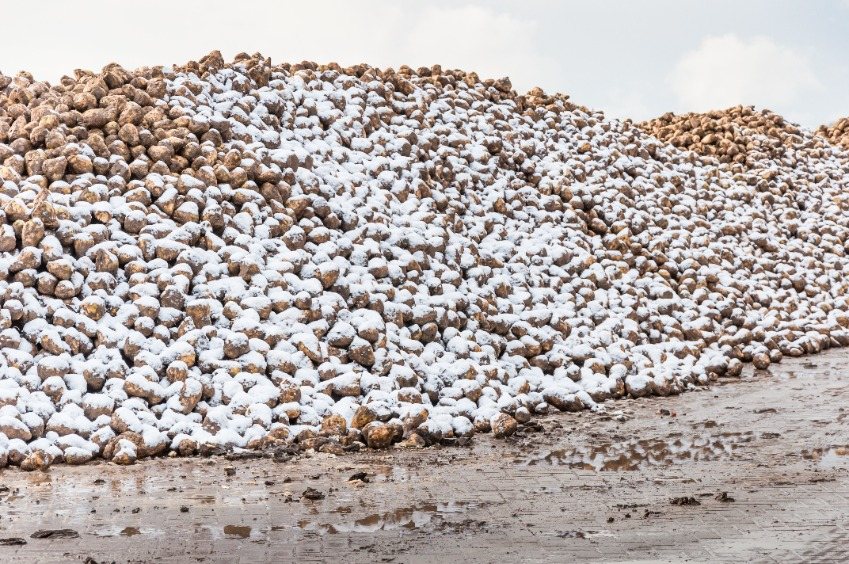 Many sugar beet growers have seen major yield losses due to the freezing weather, which started in December
Sign in to add your own press release SIGN IN Register

Growers who have lost sugar beet due to frost damage following the recent freezing temperatures will have a claim made on their behalf with NFU Mutual.

British Sugar and NFU Sugar have announced they received formal confirmation that the threshold for frost insurance was met on 15 December 2022.

It comes as many sugar beet growers across the country have seen major yield losses due to the freezing weather, which began in late December, only to be exacerbated by this week's weather.

All growers of sugar beet for British Sugar are covered with the policy, provided they submitted their crop declaration before September, and unless they delivered their entire crop before 15 December.

????Lost beet due to frost and want to work out how much compensation you might receive from the @nfum Frost Insurance policy? We've put a simple step-by-step guide below for you to follow. Thanks @Ondaintreefarm for the suggestion! Remember, you don't need to do anything claim.

Growers are insured based on anticipated production, which equals area x 5-year average yield - 7% (to account for the state of the crop at the end of summer).

British Sugar said: "All growers who had not completed their harvest by midnight 14 December and submitted the Crop Area Declaration in time to receive a frost insurance certificate from NFU Mutual have automatically had a valid claim lodged.

"On growers’ behalf, both British Sugar NFU Sugar will work with the insurers to ensure an effective and timely pay-out is coordinated.

"All calculations will be carried out at the end of this year’s campaign."