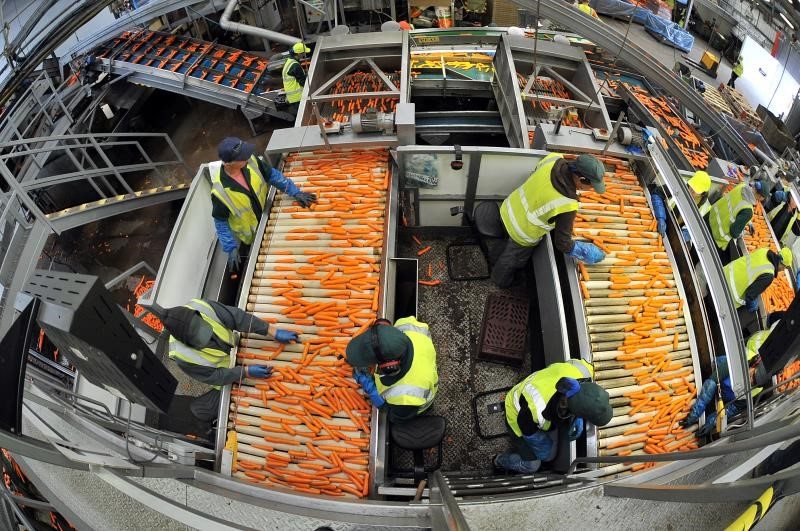 Labour continues to be the biggest cost for businesses, representing 30-70% of turnover, the report says

Fruit and vegetable growers are facing inflation rates of up to 24% which could in turn cause a significant drop in production, a new report has warned.

The report from Promar International, commissioned by the NFU, looked at the impact of inflationary pressures on British horticultural production and the wider supply chain.

The key drivers of inflation for growers are energy and fertiliser, while labour continues to be the biggest cost for businesses, representing 30-70% of turnover.

Based on research carried out between February and March 2022, the report warns that these rapidly rising costs could lead to a 10% drop in production.

Surging costs could also lead to produce being left unharvested, and in a worst-case scenario, producers forced out of the sector altogether.

Seven crops, representing around 50% of total UK horticultural production, were studied to demonstrate the impacts of inflation.

For certain products, the cost of production has gone up by as much as 13p per pack.

The NFU said the report presented the stark reality of what would happen if the UK continued without any action from the rest of the supply chain to bear some of the cost pressures.

“While growers are doing everything they can to reduce their overheads, some are experiencing double or even triple digit inflation for key products like fertiliser and energy.

"If this pressure continues, it will be simply unsustainable for some businesses to continue as they are."

He added: “Losing growers at a time when people want to see more British food in shops would be a huge loss, not just for UK horticulture but for the entire nation.

"Farming needs long-term planning and investment. The current situation, if left to continue, will mean dire and irreversible consequences for the future of British horticulture.”