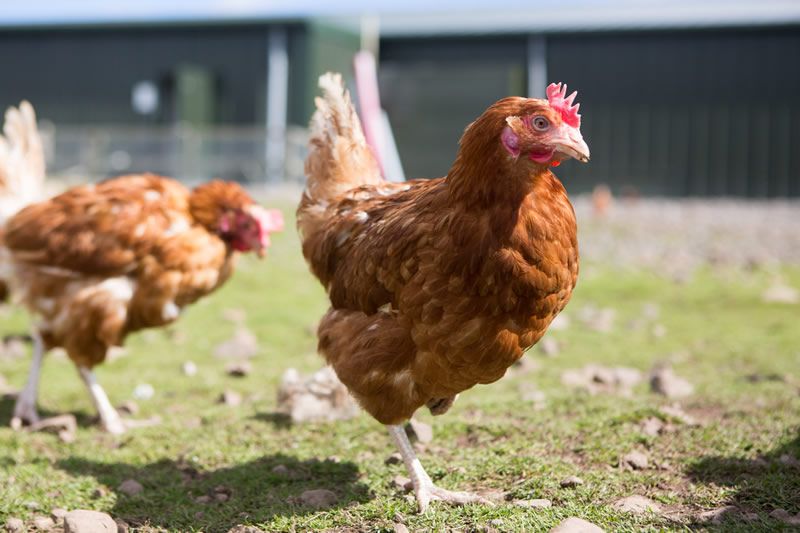 Scientists will use genome editing technology to make precise, small changes in the chicken genome

British scientists have received funding to combat a deadly poultry disease which costs the global industry more than £1.4bn a year.

Marek’s disease is a highly contagious viral disease of poultry which has devastating effects on flocks.

The virus causes T cell lymphoma and tumour growth in internal organs as well as in feather follicles.

It can range from non-pathogenic to highly pathogenic, which cases disease and death, and this depends on the strain of Marek’s disease caught.

It was first noted by the Hungarian veterinarian Jozsef Marek in 1907. When he wrote his paper about it, it was likely that only one strain of virus existed - however since then other strains have mutated.

Scientists at The Roslin Institute and The Pirbright Institute have been investigating how the virus triggers tumour growth and identifying genes that increase the risk of disease.

With a new award from the UK's Biotechnology and Biological Sciences Research Council (BBSRC) they will use genome editing technology to make precise, small changes in the chicken genome that will disrupt the virus’ ability to initiate tumour growth.

Their findings could led to the development of more effective vaccines against Marek’s disease virus and potentially the production of disease resistant chickens.

A Roslin Insitute statement said: "This project cements a 10 year collaborative partnership with Venugopal Nair and Yongxiu Yao at The Pirbright Institute. We will continue to learn more about this fascinating virus and gain a greater understanding of how certain viruses can trigger cancer in birds and mammals."