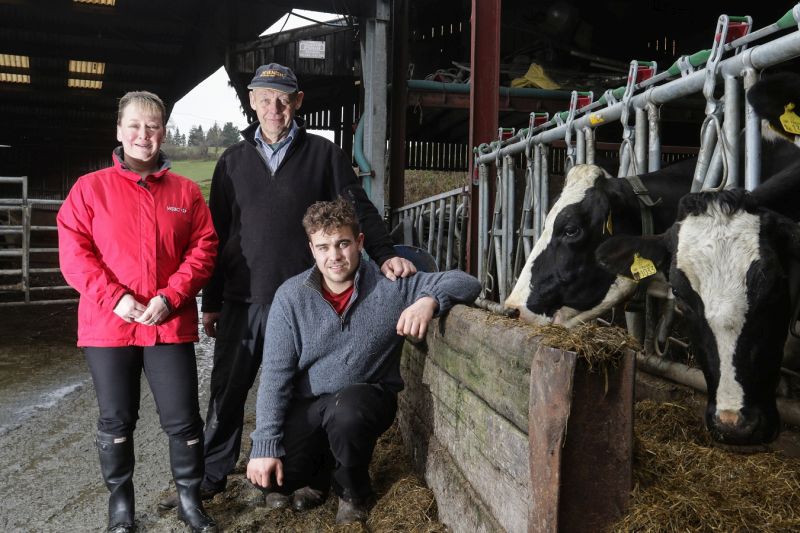 A series of funding deals worth nearly half a million pounds are helping young farmers diversify their farms and enter new markets.

The trio of deals, provided by HSBC, are allowing farmers in Wales to diversify their businesses and increase livestock numbers.

They will use this to assist with purchasing a one third share of a new 500-cow grass-based dairy herd on the North Wales coast in order to significantly increase milk production.

It will be able to house up to 4,000 birds. The funding was used to install a Vencomatic Group system, making the farm more automated, welfare-friendly and modern.

Glenn Lloyd and his father Mike, owners of Gate Farm in Llandyssil used the fund to support their move away from a conventional dairy farm in order to meet growing demand for organic milk.

They used the funding to convert the farm to organic production.

“These are just three of the significant number of farming businesses across Wales that we have supported over the years.”

It follows the findings of a new survey which shows that farmers' optimism levels are continuing to remain relatively high in spite of political uncertainty.

The survey highlights that more than half (60%) of farmers felt business growth would be moderate or high in the next year.