Germany to ban glyphosate from 2023 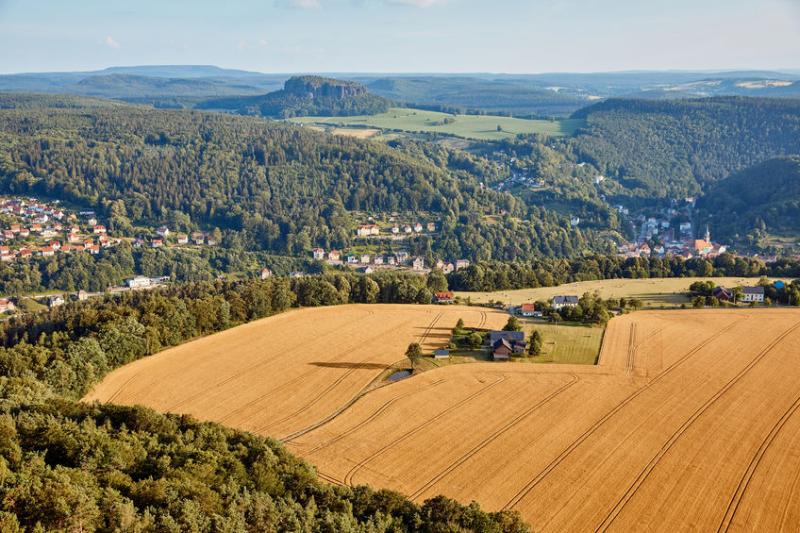 Farmland in Bad Schandau, Germany. The country is to ban glyphosate use from 2023

Germany is following in the footsteps of Austria with the introduction of a glyphosate ban set to be enforced from 2023.

Europe's largest economy is moving away from the weedkiller after more than 40 years of using the chemical.

Agreed by the government on Wednesday (4 September), it is part of an environmentally-friendly program by Environment Minister Svenja Schulze.

There will be a 'systematic reduction strategy', according to German broadcaster Deutsche Welle, which would initially ban glyphosate use in personal gardens, allotments and on the edge of farmland.

The move follows neighbouring Austria's decision to ban all uses of glphosate, becoming the first EU country to do so.

“The scientific evidence of the plant poison’s carcinogenic effect is increasing. It is our responsibility to ban this poison from our environment,” the leader of Austria’s Social Democrats, Pamela Rendi-Wagner, said.

Health concerns are mounting over the product's safety. A 2015 World Health Organisation report concluded in 2015 that it probably causes cancer.

In the United States, approximately 13,400 plaintiffs are suing manufacturer Monsanto after they claim the chemical caused them to develop cancer.

In May, the company, which was acquired by Bayer last year, suffered its biggest blow yet as a jury in California ordered it to pay out over $2bn (£1.6bn) to couple Alva and Alberta Pilliod.