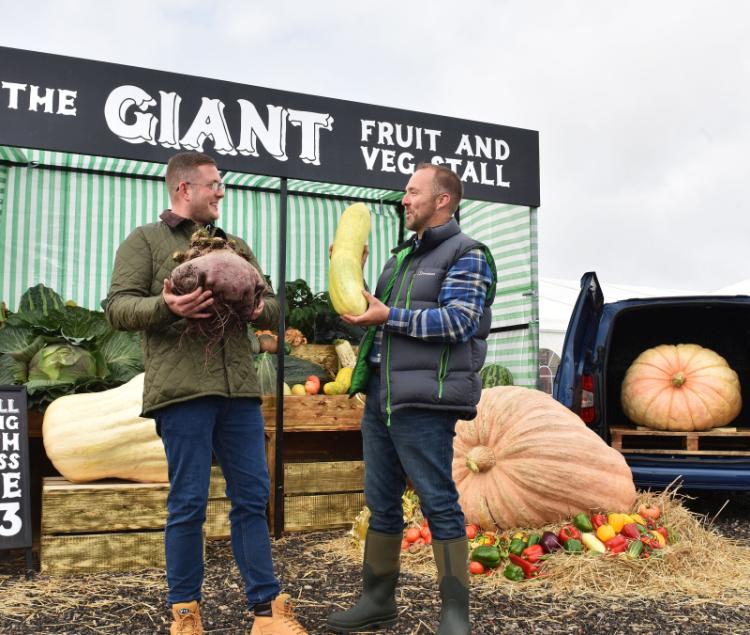 A giant veg stall has been created to celebrate the hard work of small farming businesses, growers and other rural businesses around the UK.

Growers have come together to create the UK's biggest fruit and veg stall in partnership with Vauxhall Motors.

One producer and a giant fruit and vegetable pioneer, Kevin Fortey, showed off his gargantuan groceries at RHS Garden Hyde Hall.

It even has some beetroots from the world record breaking seed line, weighing in at 45lbs.

The event is designed to shine a light on the work small rural businesses undertake every day, and their resourcefulness when it comes to taking on big jobs.

“The giant veg stall is our way of celebrating the hard work of giant veg growers and other small businesses around the UK,” said giant veg world record breaker Kevin Fortey.

“Transportation is key in the giant veg growing community. After growing these beauties for up to 10 months, you need to be able to get them from A to B safely and securely.”

Son of Mike Fortey, pioneer and grandfather of the giant veg movement in the UK, Kevin has been fine-tuning his growing technique since the age of four.

He recently broke the record for the world’s heaviest beetroot, weighing over 52lbs.

Kevin and his son Jamie recently brought their unique knowledge from South Wales to Essex at the Taste of Autumn show, which took place earlier this month.

Some of the vegetables on display were prize winning exhibits from the UK Giant Vegetable Championships, which also took place over the weekend, as the growing season came to a close.