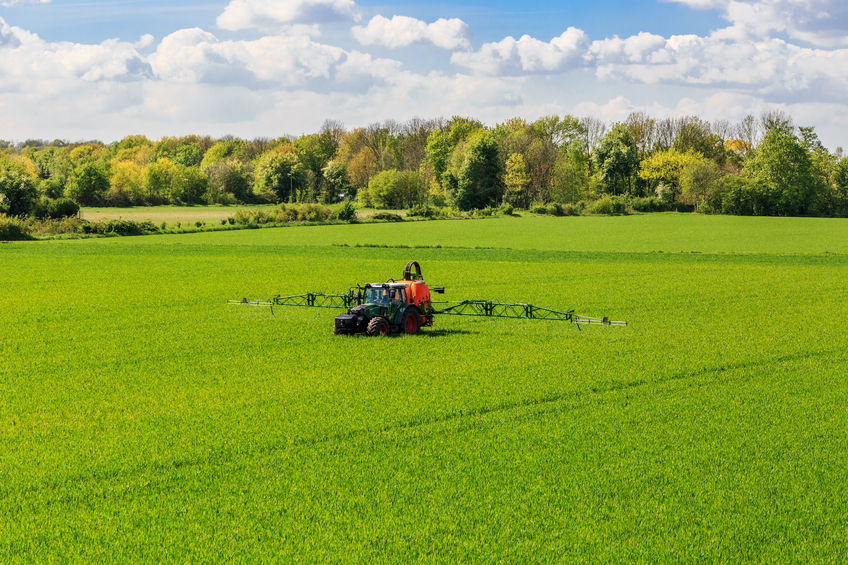 British farmers have been using glyphosate for over 40 years

New figures show the potentially devastating impact of a ban on glyphosate to the British economy and the agricultural sector, warning that it would lead to a reduction in farm output of £940m.

The figures also show tax revenues from agriculture and its supply chain could fall by £193m.

The stats, released by leading economic research house Oxford Economics and agriculture specialists The Andersons Centre, in partnership with the Crop Protection Association, also predicts wheat production would fall by 20%.

Ian Mulheirn, Director of Consulting, Oxford Economics, commented: “Our report’s findings are very clear, a glyphosate ban will negatively impact UK GDP and agriculture, at a time of real uncertainty for British farmers.

“If glyphosate was not approved for use in the UK but remained available in the rest of the world, this would place domestic production at a considerable disadvantage. An EU-wide ban could even push up food prices for consumers.”

Glyphosate is an active substance in the production of herbicides, and has been used by the majority of British farmers for weed control over the past 40 years.

However, it is embroiled in a bitter row over health and safety aspects.

The European Commission will propose extending by 10 years its approval of glyphosate.

A transatlantic row over possible risks to human health has prompted investigations by congressional committees in the U.S. and in Europe has forced a delay to a re-licensing decision for Monsanto’s big-selling Roundup herbicide.

The European Food Safety Authority (EFSA) found that glyphosate is “unlikely to pose a carcinogenic hazard to humans”.

UK farming unions have also been active on the issue, and have said they will continue to work to ensure the facts about glyphosate’s safety and its importance are 'fully understood' in the run up to the European Commission confirming its decision on the licence.

Among those who have criticised glyphosate is the Green Party. They have backed calls for the EU to ban glyphosate, and accuses Monsanto of ‘ghost-writing’ research.

A Green MEP, Molly Scott Cato, has thrown her weight behind a European Citizen’s Initiative (ECI) calling for a ban on glyphosate.

Dr Scott Cato has called for EU regulatory approval of pesticides and herbicides to be based on studies commissioned by public authorities rather than the pesticide industry.

Molly Scott Cato said: “The Monsanto papers highlight the undue influence agri-chemical corporations have on assessments of toxic chemicals like glyphosate. It also shows the urgent need for assessments of harmful substances to be based on fully independent and public studies so that they are fully impartial, transparent and open to proper scrutiny.”

But many farmers are hopeful for a lengthy approval. FarmingUK spoke to an arable farmer from South Yorkshire about the looming decision on glypgosate. He said that if glyphosate was not re-authorised ‘it would totally change our farming system.’

Recently, the Canadian government re-evaluated glyphosate to be safe and confirmed the product's importance to Canadian farms.