GM crops could be planted in the UK next year 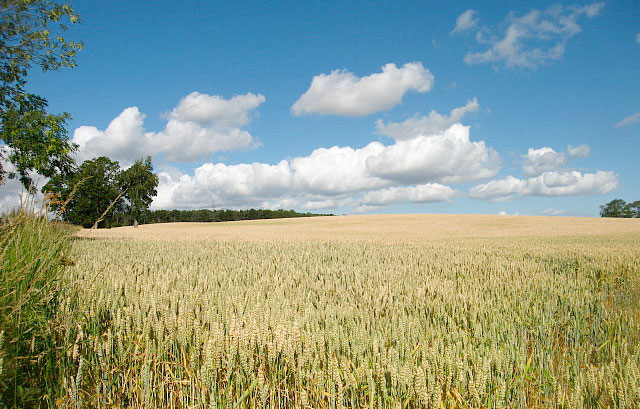 The European Union Environment Council have voted yes on a proposal that could see GM crops planted in UK fields next year.

The UK Government strongly favours GM technology, but the devolved administrations in Scotland and Wales are opposed.

Two varieties of Roundup Ready maize are poised for authorisation.

Climate disruption, population growth and rising costs of food staples means the UK must start producing more from the land, the Prime Minister was urged in a letter recommending more field trials for GM crops. 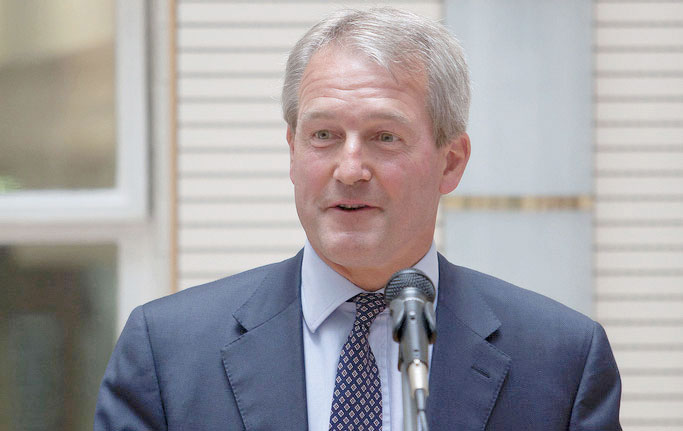 Sir Mark Walpot from the The Council for Science and Technology (CST) wrote to David Cameron in March about the challenges the UK would face from an increasing world population and the pressures it brings on food supply.

But GM Freeze Director Liz O’Neill said the proposal was flawed: “EU Environment Ministers have waved through a deeply flawed proposal to the next stage because Owen Paterson and friends think it’s more important to get GM crops into the ground than to protect people’s right to say 'No'. The legal basis for so called ‘national opt-outs’ is questionable at best, and even if a country or region does manage to establish a ban they will find it very difficult to protect their fields and food from contamination if their neighbours start growing GM.

"Farmers, food producers and consumers should all be able to choose GM-free without fear of contamination. We trust that MEPs will listen to the concerns of their constituents when they get a chance to vote on this dangerous proposal.”

Last week GM Freeze published a briefing highlighting the risks associated with cross-border contamination (Contamination Matters – Why GM can’t be managed at a national level), but that is only one of many aspects of today’s vote that is causing concern, as O’Neill explains:

“The idea of national opt-outs may sound appealing, but you have to look at the detail. In order to ban a GM crop on its own land each Government would need to begin by negotiating with the company that owns the patent for that crop. GM Freeze believes that our food should be produced responsibly, fairly and sustainably. History shows that you don’t achieve that by handing over control to multinational corporations."

The European Academies Science Advisory Council (EASAC) said after over fifteen years of cultivation, there was no compelling evidence that GM crops posed any harm to humans or the environment. The CST said such crops could be more nutritious with increased levels of amino acids or improved soil composition, reducing the need for dietary supplements.

"Previous European Union (EU) agricultural policy had focused on constraining food production but there is a new realisation that the EU should now increase its biomass production for food, livestock feed and other uses, including renewable materials to support the bioeconomy. The production of more food, more sustainably, requires the development of crops that can make better use of limited resources."

The Environment Secretary Owen Paterson also gave his support to GM crops in a speech last year. He said it offered a 'wonderful opportunity' to benefit human health as they are a safer alternative to conventional plants.

"The use of GM could be as transformative as the original agricultural revolution was. The UK should be at the forefront of that now, as it was then."

The Environment Secretary also dismissed criticisms that GM could pose problems to human health: "The use of more precise technology and the greater regulatory scrutiny probably make GMOs even safer than than conventional plants and food," he said.

The then NFU President Peter Kendall said: "I applaud Owen Paterson for the leadership he is showing on this issue.

"The NFU agrees that the UK, which is the natural home for science research, should be at the forefront of providing agricultural solutions not watching from the sidelines.

"Rightly so, farmers fear being left behind. As Mr Paterson said, I also want British farmers to be able to develop the latest technologies so they can reap economic and environmental benefits.

"I welcome his commitment to getting the EU approvals system working. The Environment Secretary also asked all interested parties to help him and said he would back them in return. I, and the NFU, will take up this challenge."

The letter to the Prime Minister also said GM technology would help farmers better manage their land or reduce costs since they resist insect attack and are tolerant of extreme weather conditions.

But Environment groups also wrote to the Prime Minister and the Environment Secretary to condemn their support of GM crops.

Greenpeace, Friends of the Earth, GeneWatch UK, GM Freeze and the Soil Association each expressed concerns that controversial Roundup Ready GM crops might be planted in England as early as Spring 2015. They said that would eventually harm the environment.

The first GM crops in the pipeline for approval that are likely to be grown in England are Monsanto’s Roundup Ready GM maize NK603 and Syngenta’s GA21.

“Monsanto and other GM companies are desperate to push their GM crops into other countries before the devastating impacts on wildlife and farming destroy existing markets,” said Dr Helen Wallace, Director of GeneWatch UK. “The Government should not be caving in to commercial lobbying and putting British birds and butterflies at risk.”

But the CST said GM crops, when properly controlled, posed no risk and were as safe as their conventional counterparts. The letter finally urged continued research into GM technologies.

Caroline Drummond, LEAF Chief Executive, said, “GM technology has the potential to benefit the sustainability of farming systems in the UK. However, the potential benefits to farmers and consumers need to be clearly identified and weighed against the possible risks and there are several areas that cannot be neglected.

“One of these is the need for more research into GM technology. We need to be able to establish the development of plants that have greater resistance to pests and diseases, more resilience to adverse environments and develop the nutritional value of crops.

Added to this, is the importance of beneficial husbandry practices through the adoption of Integrated Farm Management. Rotations, safe use of inputs, cultivation choice, variety choice, good record keeping and management systems such as those advocated by LEAF are essential. GM will never be an alternative to these practices but it has the potential to be one of the tools in the box.”

GMWatch points out, however, that the scientists asked to look into GM crops are not independent of the industry.

Claire Robinson, editor at GMWatch, said, “By no stretch of the imagination can these people be described as independent scientists. On the contrary, all have vested interests in the acceptance of GM crops by the public and policymakers.

“Their views should be treated with the same skepticism we would apply to any sales pitch.

“CST apparently cannot find any scientists independent of the industry to support its case for GM crops. This is not surprising, since GM crops have failed to live up to the hype and are mainly delivering herbicide resistant superweeds, insecticide resistant superpests, and worrying findings in animal toxicology studies.”