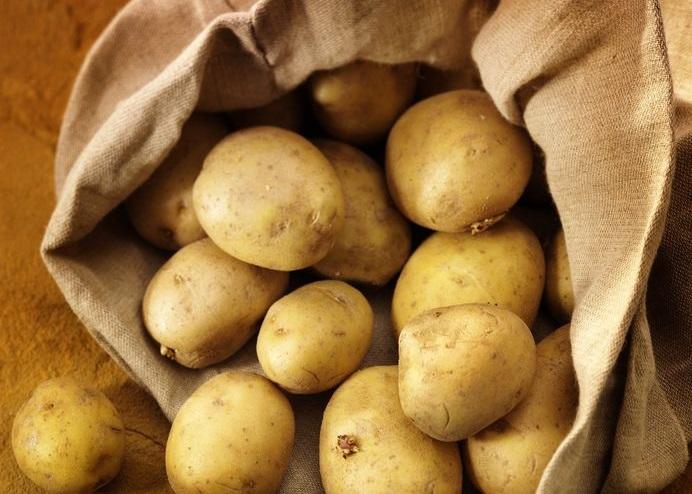 A genetically modified potato with improved tuber quality and resistance to the devastating disease late blight has progressed successfully through trials.

To improve tuber quality, the modified Maris Piper lines also have genes switched off – or “silenced” – to reduce browning upon bruise damage.

A gene was also switched off to avoid cold-induced sweetening, which is the accumulation of reducing sugars during cold storage that causes blackening when potatoes are cooked at high temperatures.

The Sainsbury Laboratory was granted permission earlier this year by Defra to proceed with three years of field trials in controlled conditions.

These trials in Norfolk this summer were set up to test if the genetic improvements were without side-effects for yield or lower performance in the field.

“We have identified a plant that looks fine in terms of yield – comparable to wild type Maris Piper – but with all the benefits of blight resistance, reduced bruising and lower levels of reducing sugars,” said Professor Jonathan Jones of the Sainsbury Laboratory.

“The really exciting thing about this trial is that our new line also shows resistance to tuber blight – the same pathogen that causes late blight can get into tubers and rot them.

“This will reduce losses in storage for potato growers.”

The next phase of trials will see 12 more lines go forward to more extensive yield trials before the final GM Maris Piper can be taken forward for regulatory assessment and commercialisation.

The Sainsbury Laboratory will collaborate with NIAB, Cambridge for further field evaluation of these new lines of potatoes.

UK farmers spend an estimated £60m a year on agrichemical applications to control potato late blight which if left unchecked can destroy a crop within two weeks.

By using natural genetic diversity found in the wider potato family and introducing it into modern potato cultivars, farmers would have to rely less on agrichemicals which are costly and cause environmental concern.

European regulations on GM crops are complex but with the UK’s future in relation to Europe still to be confirmed, the project will press ahead with further trials.

“The future regulatory framework is an imponderable,” added Professor Jones.

“But we have shown that the technology works. These improvements were made in Maris Piper, the most planted UK potato variety.

“If you want to use our genetic knowledge to solve problems in the field, you need to do so in the most preferred variety.”

“I would urge people to support this technology, and not to create obstacles to using it to solve real problems in the field in a more environmentally sustainable way.

“We all want to see a more sustainable agriculture, and to achieve that goal, we need to replace chemistry with genetics for disease and pest control.”

The research has previously been funded by the BBSRC via a Horticulture and Potato Initiative (HAPI) grant, and is in partnership with Biopotatoes Ltd, UK and Simplot Plant Sciences in the USA.