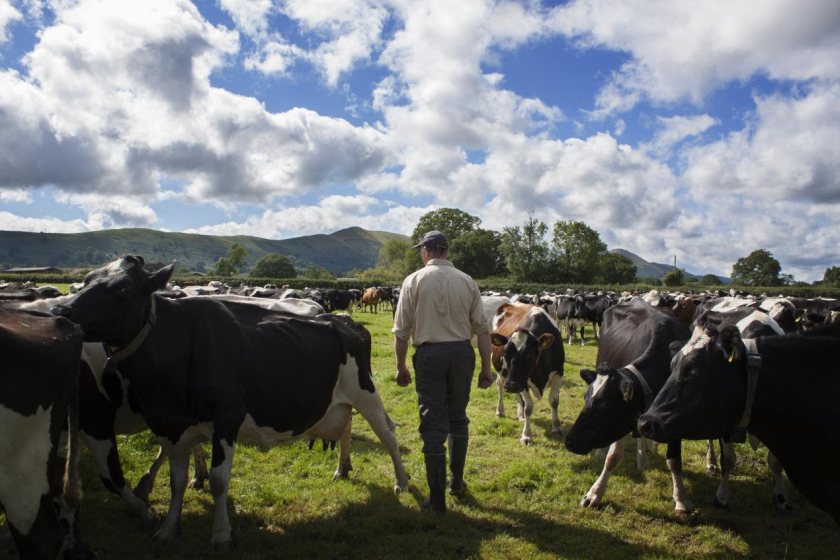 Farmers who convert to organic will receive up to double the previous rates in a raft of government payment increases that are launching.

Payments for organic farming are rising by between 46% and 500% for those entering a new scheme with Countryside Stewardship, which opened its window for applications this week.

It comes alongside an increase in the organic market, with a 23% rise since 2019, according to the Soil Association Certification’s annual organic market report.

Organic is out-performing non-organic sales, the report says, with the market reaching a record net worth of £3.05bn, and payments for managing organic farmland are also going up by at least 50%.

Some organic farmers will now be able to earn triple or even six times as much as before from government cash incentives, which will be available until at least 2024 when an organic standard is promised as part of the new Sustainable Farming Incentives (SFI).

Despite an increase in payments and market size, the total area of land farmed organically in England has remained largely the same, rising by just 0.8% compared to 2019.

Defra's latest figures show that in 2020 there was a 12% rise in the area of land currently going through the two-year conversion period to become organic, compared to the previous year.

“We are pleased to see this commitment to rewarding organic farming – it’s the first step towards recognising that we need to work in harmony with nature across the whole farmed environment.

“The good things that agroecological and organic farmers are doing, which have long been overlooked, are now set to be rewarded under the new Environmental Land Management Schemes.

"The longer-term goals that government has set out for agriculture, with a new focus on protecting soils, wildlife and the environment, are in harmony with the principles of organic farming."

Under the new Countryside Stewardship rates, converting permanent improved grassland and top fruit to organic will receive double the previous payments, at £150 per hectare.

Conversion to organic rotational land, horticulture and unimproved grassland will receive around 50% more than before, with new rates ranging from £76 to £602 per ha.

For management of organic farmland, payments will rise by around 50 percent for rotational land and unimproved permanent grassland.

Payments are going up by six times for managing enclosed rough grazing organically, with rates doubling for management of organic horticulture and tripling for top fruit.

Tom Cackett, associate director for farming at Savills, said it was 'exciting' to see an increase in organic payment rates.

He said: "There are some corners of every farm that never really grow anything that can be given over to nature, but we’ve got to be slightly careful if we are taking large areas out of food production.

"Organic farming can often be a good way of tackling that issue. Instead of marginalising nature, why not integrate it across the whole farm, and then you’ll also be able to get those payments for the whole area instead of just for the corners or edges.

“If you’re doing good things for the environment, it seems almost certain there will be funding to support that for the foreseeable future."

The only exception in the rate increases is those for management of organic improved permanent grassland, as these payments will remain at the same rate in 2022, only to be halved in 2023.

Adrian Steele said the Soil Association was 'surprised and disappointed' by the decision: "We have taken this up with Defra as part of our efforts to lobby for adequate recognition for all sustainable farming practices.

"We will be seeking to ensure that organic farmers will be best placed to receive the highest level of payments for improved grasslands under the new SFI standards.

"The government has also assured us that when SFI rates are finalised after 2024, Countryside Stewardship agreement holders will be able to switch over to them without penalty.”