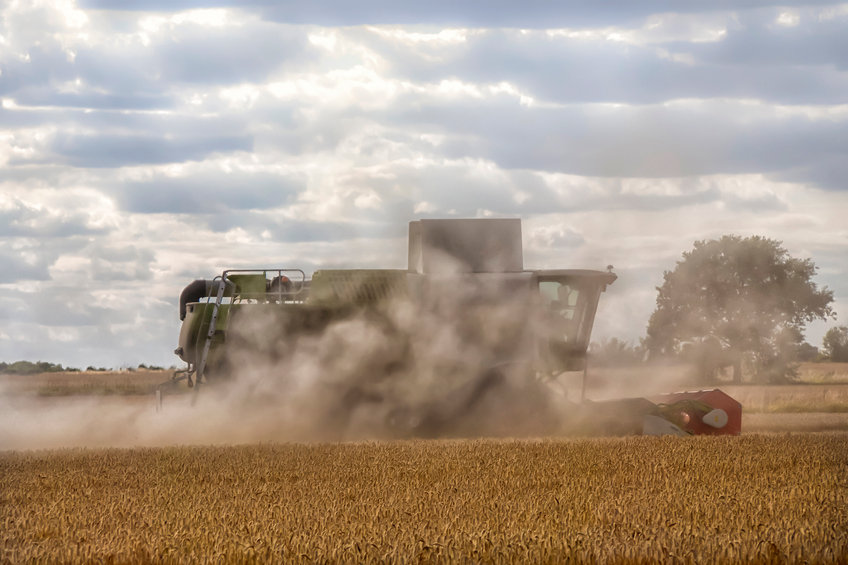 The government has announced it will relax the rules surrounding gene editing so farmers can grow more resilient and productive crops.

New plans laid out today will push ahead with the easing of gene editing rules as part of an overhaul of the UK's agricultural policy following Brexit.

The government said leaving the European Union allowed the UK to “adopt a more scientific and proportionate approach” to existing regulations.

In the EU, the technique falls under the same rules as GMO, but the European Commission is planning to review that legislation.

The NFU welcomed today's announcement, saying it would offer 'huge benefits' to UK farming and the environment.

However, environmental groups such as the Soil Association said the easing of regulations could 'spell disaster for sustainable farming in the UK'.

Gene editing is a tool that makes plant breeding more precise and efficient so scientists can breed crops that are more resistant to pests and disease, for example.

Research could lead to sugar beet varieties resistant to viruses that can cause serious yield losses and costs to farmers.

Gene editing is different from genetic modification, as it does not result in the introduction of DNA from other species and creates new varieties similar to those that could be produced more slowly by natural breeding processes.

Defra Secretary George Eustice said on Wednesday (29 September) that the government would 'work closely' with farming and and environmental groups 'to ensure that the right rules are in place.'

"It is a tool that could help us in order to tackle some of the biggest challenges that we face – around food security, climate change and biodiversity loss," he said.

Scientists will continue to be required to notify Defra of any research trials involving gene editing, the government confirmed.

It said the next step will be to review the regulatory definitions of a genetically modified organism, to exclude organisms produced by gene editing and other genetic technologies if they could have been developed by traditional breeding.

GMO regulations would continue to apply where gene editing introduces DNA from other species into an organism, the government added.

NFU vice president Tom Bradshaw said it was 'very encouraging' to see the government’s view that new precision breeding techniques, such as gene editing, had the 'potential to offer huge benefits to UK farming, the environment and the public'.

“The world’s climate emergency points to the urgency of applying this technology to farming and this announcement is an important first step towards a properly functioning legislative system," he said.

“Crucially, precision breeding technologies will also help in the development of foods with direct benefits to the public; better quality, increased nutritional value and products with a longer shelf life."

However, he said the government must provide regulation that was 'robust, fit for purpose and based on sound science'.

"This will in turn provide public confidence, enable diverse and accessible innovation, and allow investment in products for the UK market."

The Soil Association cautioned that the easing of regulations could 'spell disaster for sustainable farming in the UK'.

The environmental charity said the government should instead invest in more support for farmers to adopt agroecological methods.

Joanna Lewis, Soil Association director of policy and strategy, said: “Changing the DNA of crops and animals to make them temporarily immune to disease is not a long-term solution.

"We must increase soil carbon, wildlife and animal welfare on farms to solve the climate and nature crises, and protect human health."