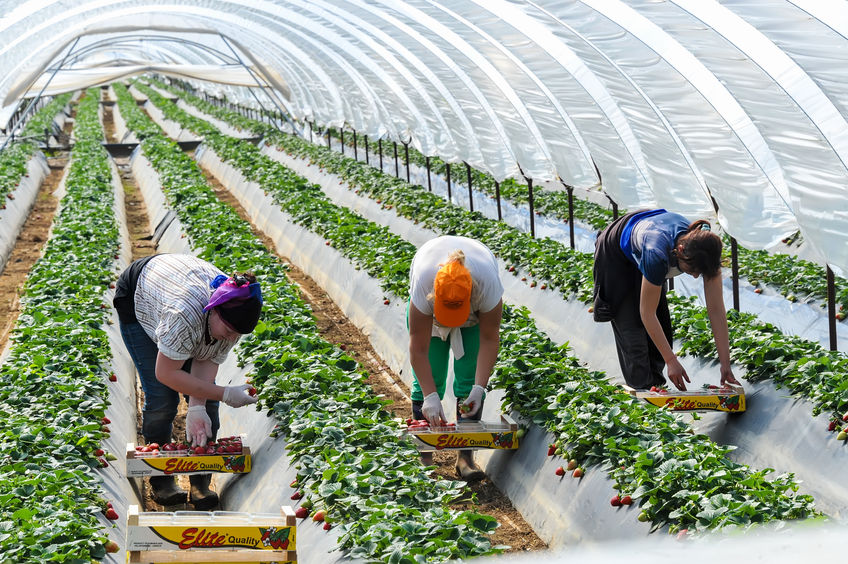 Farmers still face a substantial shortfall of workers to help pick fruit and vegetables despite a campaign signing up 10,000 people

The government has been urged to help organise charter flights to bring in European agricultural workers as UK farms warn of a labour shortage due to Covid-19.

British farmers are seeing a shortage of crucial seasonal labour to help harvest and pack crops as a result of the current coronavirus pandemic.

The substantial shortfall comes despite a farm labour campaign successfully signing up 10,000 British people to help pick fruit and vegetables.

Concordia, a labour provider for the farming industry, told The Guardian that it is now looking at the option of chartering planes to bring workers in.

Stephanie Maurel, the charity's chief executive, said: “Our recruitment outside the EU is stalled which leaves us with Lithuania, which has closed borders, Romania with no aeroplanes, and Bulgaria which is our little beacon.”

Bulgaria, which is currently on lockdown, has classed farm workers as essential workers that can freely move around. But despite this, many airliners have grounded flights to and from the country.

He said the plan to charter planes was being actively discussed by the NFU and the Association of Labour Providers.

Despite a recent industry call for a 'land army of employees' to support British farmers and growers, around 90,000 jobs still need filling.

Approximately 10,000 people have signed up to work at more than 500 farms across the country as part of the new 'Feed the Nation' campaign.

To help boost worker numbers, Concordia has now urged the government to help provide clarity on plans to charter planes.

“If I put up reserves and guarantees [to secure a charter flight], I need to know it can take off,” Mr Maurel told The Guardian.

The Country Land and Business Association (CLA) president, Mark Bridgeman said recently that the government must recognise that farmers' supply of labour is in 'jeopardy'.

“A shortage of 80,000 workers is something we have never seen before," he said.

“That is why we are calling for a land army of employees to support farmers in feeding the country.”