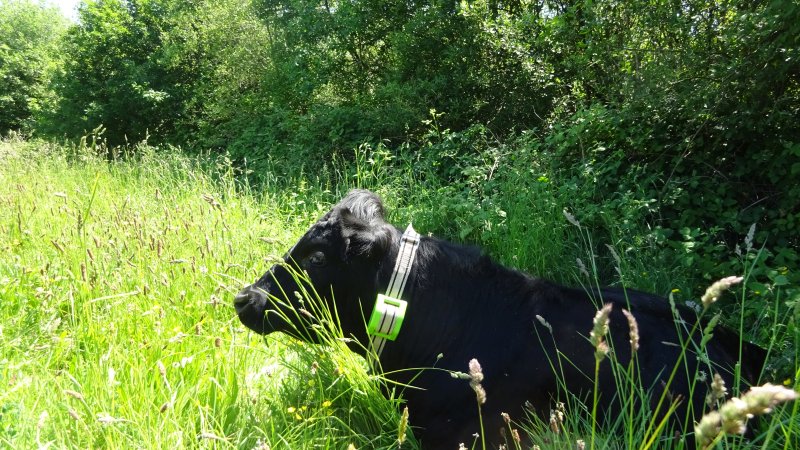 Dexters are often chosen as a conservation grazing breed as they are small but hardy mountain cattle, used to living on steep slopes and being outside in all weather

A herd of cows will be tagged with GPS as part of a new scheme to track their movements and how they can help boost the environment and wildlife.

The tracking system assesses where the six Dexter cows have been and what impact they’ve made in helping to regenerate the 139-ha Avon Valley Woods, in Devon.

The scheme, by the Woodland Trust, will also allow the cows’ health and wellbeing to be monitored.

The woodland was planted as part of Millennium Wood in 2000, on what had been arable fields.

But there are concerns that the wood structure is lacking the variety that would help it support a wider range of plants, insects and birds.

Conservation grazier John Severn, of Cows in Clover which supplied the cows, said: “The trampling of cows’ hooves will stir up the soil, releasing and encouraging seeds to germinate and new plants to flourish."

He said the cows' dung would attract insects which in turn would provide food for birds and bats.

“The impact of these large grazing beasts on the woods will also be structural and visible - they will bash their way through, creating new paths and keeping glades clear of shrubs.

"The result will be a more diverse mosaic of open grassland, scrub, maturing woods and sun-speckled glades supporting a diverse range of wildlife,” Mr Severn said.

The Dexters were reared to be 'comfortable' around people and dogs, and are 'calm and steady' animals, he added.

“Cows are instigators of dynamic change. They will bring a wild influence to this landscape which will evolve as they browse, roam, and make it their home.

"What is great about the tracking system is that we’ll be able to see what parts of the wood they favour and then match that up to how it has changed," he said.

The public are able to track the cows' movements by visiting Cows in Clove website.