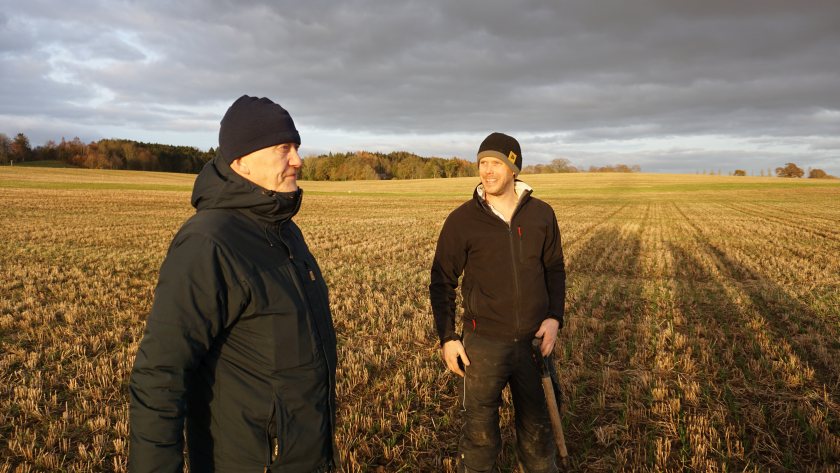 Farmers in Scotland are analysing grain nutrient levels as another measurement to maximise yield and reduce inputs.

Two Angus growers from the Farming for a Better Climate-led Soil Regenerative Agriculture Group have carried out a ‘post-mortem’ on their grain.

They are identifying potential nutrient deficiencies and opportunities to boost yield and slash inputs.

Grain analysis is usually used to identify crop quality, such as suitability for malting or milling.

However, new research by agricultural consultancy ADAS has identified that it can assess what the plant has actually achieved, providing accurate nutrient offtakes and allowing these to be cross checked with soil analysis.

Peter Lindsay, one of the group facilitators from SAC Consulting, part of Scotland’s Rural College (SRUC), said this is another tool in the box to discover what is the limiting factor for yield.

"Farmers are good at looking at yield from the front end with soil and leaf tissue analysis, but these are not a perfect replication of what nutrients are being accessed," he added.

"The grain nutrient analysis gives an overview of the whole growing season and?shows?whether a crop actually captured enough of each nutrient throughout its entire life.”

Over a few years, Mr Lindsay said this process had the potential to identify nutrient shortfalls across the farm which could be addressed to maximise future returns.

“This could mean being more targeted with fertiliser, reducing costs where uptake is good, and focusing on soil health in fields where nutrients seem to be lacking.

"Nutrient-rich crops are healthier and more resistant to disease so it’s a fundamentally valuable asset especially as farmers look to create pre-subsidy profit,” he said.

Much of the research by ADAS has focused on phosphorus (P) offtakes, and they have found that P removal can vary from 4kg/t to 9kg/t of grain.

Furthermore, they found that if P is below 0.32% of the grains dry matter weight, it has likely created a yield limitation. Alongside P, nitrogen, sulphur and manganese also have well defined critical limits.

Analysing a crop of wheat and a crop of spring barley, Hugh Black at Backboath Farm near Carmyllie, found that the phosphorus in both was less than required.

He said: “Although we achieved the best yields we ever have for our wheat crop, this grain analysis identifies that there is still room for improvement as the plants have not been able to access as much P as they need, whether that is in our nutrient or soil management.”

Ben Barron at Leitfie Farms also analysed one of his wheat crops and found that although he achieved optimal status for his manganese, the grain analysis has shown that the plant did not have enough nitrogen, phosphorus and sulphur.

Mr Barron has been experimenting with his fertiliser applications and is trying to reduce them as much as possible while still maintaining yields.

He said: “Although I am happy with the improvements that I’ve made in creating a well-structured soil, we can do more to get the very best root penetration and therefore nutrient uptake.”

The group is monitoring crop growth throughout the next season to continue to build on their findings. Taking additional grain samples will help them build a more complete picture surrounding the nutrient status.

Mr Lindsay said: “Although there is much research still to be done, a grain post-mortem could become a handy nutrient management tool for arable farmers in Scotland.”