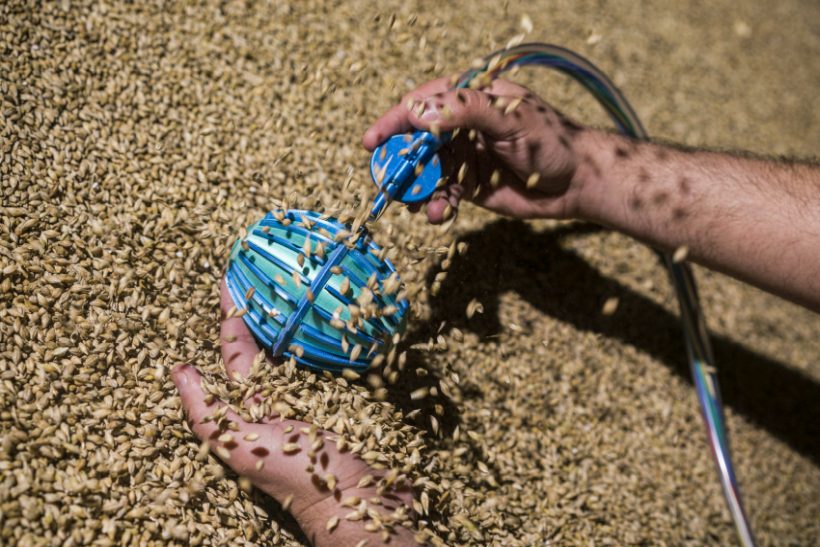 The patented technology behind the Crover robot allows it to fluently 'swim' through bulk solids, like cereals and grains

A 'swimming' robotic device has been developed to safely sample grain bulks at various depths as part of a solution to tackle post-harvest storage losses.

Each one of the robotic devices, called the 'Crover', is expected to be able to save a total of 380 tonnes of grain - wheat and barley - every year.

Poor autumn planting conditions, a spring drought and the recent heavy rains have led to a difficult UK harvest for farmers and growers.

The challenges don’t end once grain is in store – uncontrolled temperature and moisture levels can lead to pests and mould which, due to the difficult task of monitoring, contribute to global post-harvest grain losses of more than 20%.

Over the next 18 months, the Crover will be trialled at the East of Scotland Farmers co-operative in Perth and Kinross, at a farm in Northumberland and within Agri-EPI’s network of partner farms.

"They also have significant social and environmental consequences, which are becoming ever more even more pressing due to threats such as increasing global food demand, intense price volatility, and harvest unpredictability due to climate change. 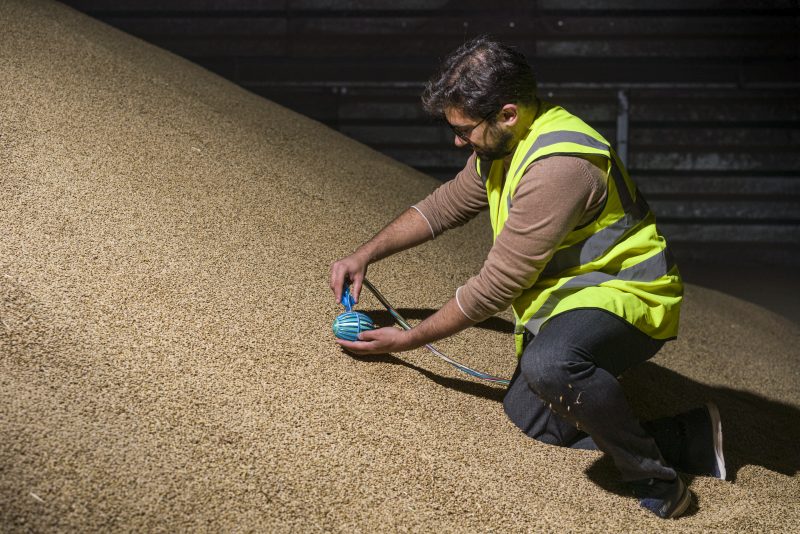 Over the next 18 months, the Crover will be trialled at numerous farms across the UK

"Four and a half billion people per year are exposed to dangerous mycotoxins from grain moulds which contaminate 25% of the world's food supply.

Mr Conti said his company's aim was to improve grain storage systems, helping to build the resilience of the grain supply chain and the wider global food system.

The patented technology behind the Crover robot allows it to fluently 'swim' through bulk solids, like cereals and grains.

While doing this, the device monitors the grains' condition while still in storage, and without leaving any grain unchecked.

Current grain solutions can only reach near the surface, posing a safety hazard to operators collecting the samples. But Crover's remote probing device will be able to autonomously collect samples throughout the whole silo/shed.

This gives early detection of potential spoilage allowing steps to be taken to reduce losses and maintain quality.

Robin Barron, General Manager of East of Scotland Farmers said: “We have a special interest in obtaining representative samples from silos and stores full of malting barley, so that we can accurately assess their recovery from dormancy before being dispatched to maltster customers.”

The project is being supported with £250,000 of Innovate UK funding.