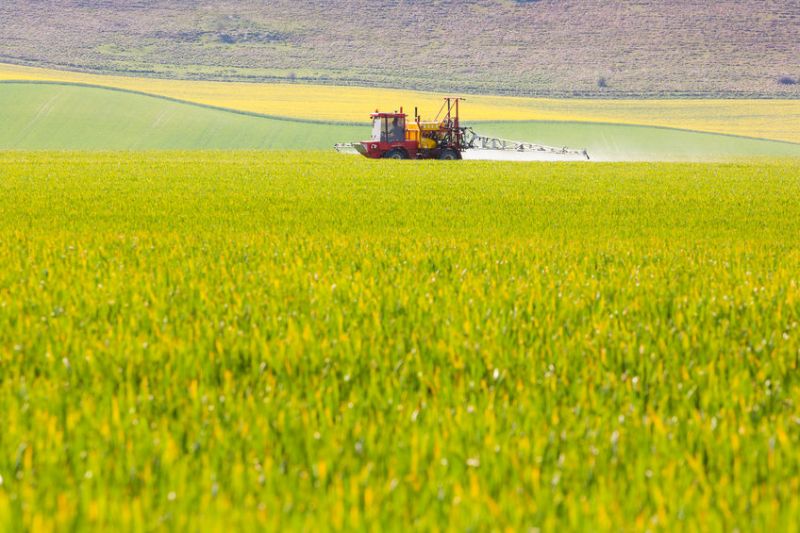 Numerous environmental groups have resigned from the government's pesticide bodies over concerns that chemical use in agriculture is increasing.

The Pesticides Forum and Voluntary Initiative were created by the government in the 1990s with an aim to reduce environmental harm from pesticides.

But since their inception, the area of land in the UK treated with pesticides has risen by more than half, according to the Pesticide Action Network (PAN UK), RSPB and Wildlife and Countryside Link.

The organisations say that British wildlife, including birds, butterflies and bees, are suffering 'alarming declines' because of this increase in chemical use.

The Pesticides Forum and Voluntary Initiative 'continue to defend the status quo', the three organisations say.

They have issued a call for the government groups to be replaced with mandatory measures aimed at discouraging pesticide use and supporting farmers to transition to non-chemical alternatives.

PAN UK said it originally joined the Pesticides Forum and Voluntary Initiative in the hope that their work would lead to better protection of the environment.

However, the UK government had 'long opposed' calls for the introduction of binding measures to curb pesticide use, such as a pesticide reduction target and tax, instead arguing that these voluntary groups could be just as effective.

In a statement, Pan UK said: “We put our cynicism on hold and gave them a chance, becoming members alongside organisations from a range of sectors including government and the agrochemical industry.

“However despite our best efforts, the Pesticides Forum and Voluntary Initiative have failed to take significant action to reduce pesticide-related harms.

“As a result, we have engaged less and less in their work and have become increasingly uncomfortable with our association with them.”

Recent evidence revealed in February shows that more than 40% of insect species are declining and a third are endangered.

The authors of the study identified one of the key causes as pesticides. Because of this, green campaigners say 'radical solutions' are needed.

PAN UK added: “The time for soft, voluntary approaches is over. We simply cannot remain members of groups continuing to push the ‘business as usual’ approach as pesticides drive us towards the sixth mass extinction.”

Recent measures to curb pesticide use

Despite the call for further action, the government has recently taken steps to curb the use of pesticides by banning metaldehyde, a slug control product, and supporting restrictions on neonicotinoids.

Farming bodies have reacted with concern to the increasing clamp-down on such plant protection products.

The NFU called the banning of metaldehyde as “hugely disappointing” which will have a “major impact” on British farmers and growers.

Guy Smith, NFU Deputy President, said: “It simply gifts a competitive advantage to farmers abroad who will export into our markets using crop protection materials banned in the UK.”