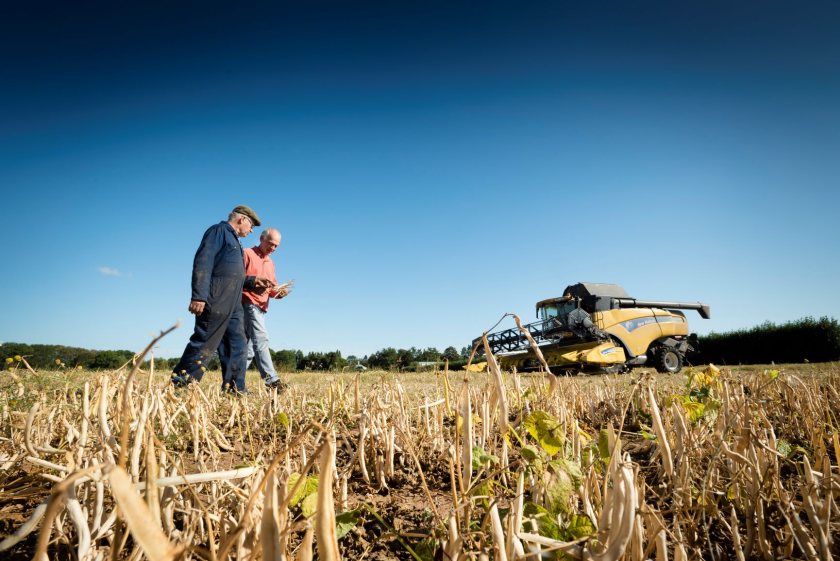 Scientists and agronomists behind the move say the UK beans will cut down on food miles and are more suited to standard farm machinery.

The university has bred three haricot bean varieties which are adapted for growing in the British climate.

Under the new contract, Agrii will carry out pre-commercial field trials and research to create a growing model which fits with progressive UK broad acre farming systems.

Growing haricot beans on a commercial scale in the UK will offer a low food miles alternative supply model to those currently imported from other countries.

The UK's leading brand of baked beans is responsible for shipping in 50,000 tonnes of North American beans per annum.

Capulet, a white bean, Godiva, a blonde variety and Olivia, which is black, have been selected for their versatility and suitability for different uses.

They are fast-cooking from a dry ingredient and also suitable for commercial canning in British baked beans.

Professor Eric Holub, of the University of Warwick, said self-sufficiency in food production was important for reducing the human impact on the global climate.

"British-grown beans can help us shift our diets to a healthier future, adding to other UK ingredients to supply the growing trend of flexitarian diets with new markets like Brit-Mediterranean and Brex-Mexican style food.”

"Haricot beans could provide an alternative short-season break crop for cereal rotations, improving soil and contributing to the responsible land stewardship, and adding to the viability of farming businesses.”