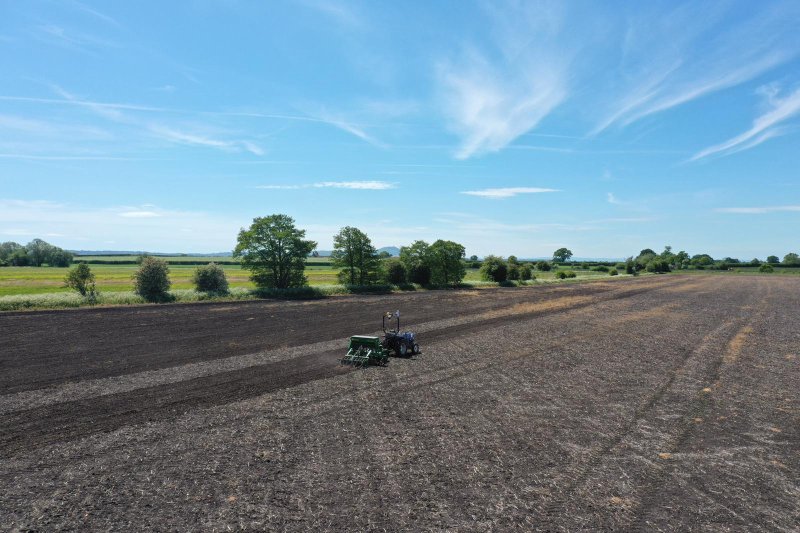 The Hands Free Hectare team has successfully drilled a cover crop autonomously as the first major operation for the novel project.

The team launched the Hands Free Farm (HFF) in May last year, the first in the world to plant, tend and harvest a crop without a driver in the seat or agronomists on the ground.

The HFF is a three-year long project which scales up to 35 hectares and is run by Harper Adams University, Precision Decisions, Farmscan AG and Agri-EPI Centre.

By the end of the project, the team hope to have a fleet of autonomous small vehicles working in swarms which can be operated from the farm office, ready for commercialisation.

When the project started, the original plan for year one, had been to drill two winter crops and a spring crop across its five fields.

However, due to the poor winter weather experienced by the UK, winter drilling was postponed in the hope that it would all be done in spring.

These hopes were dashed with the onset of the current coronavirus pandemic and social distancing guidelines.

The team had prepared to start drilling before 27 March, the day Princess Anne was due to visit the project, but on 23 March, Prime Minister Boris Johnson announced the lockdown.

However, they continued to work on the project from their individual homes, enabling them to be ready to drill when restrictions were relaxed. 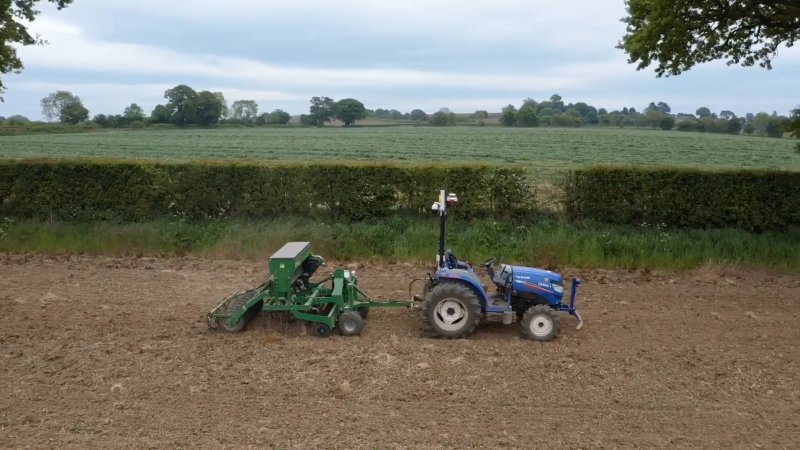 The team have successfully drilled two of their fields with the cover crop, while abiding by social distancing guidance

The team have successfully drilled two of their fields with the cover crop, while abiding by social distancing guidance.

Kit Franklin, senior agricultural engineering lecturer, said: “Although drilling a cover crop wasn’t the original plan, nor even plan B or C, it will be good for the soils. It should also help the fields be flatter next year.

“This drilling has still provided a useful learning process; we’ve seen that the system is better than ever before and that we’ll be able to analyse the drilling performance when the crop emerges.

"This will enable us to improve the mapping ahead of working on combinable crops next year,” he said.

For the first time, the team drilled the headlands. Operations manager at Precision Decisions, Martin Abell, admitted that the drill lifted a little too early on entry into the corners.

"This happened because we decided to take a conservative approach to corners in the beginning to avoid potential problems caused by pulling the drill through tight angles.”

The team hope to complete a harvesting operation later this year, on a field that has been drilled with a spring barley crop by the Harper Adams University farm using conventionally sized manned machines.