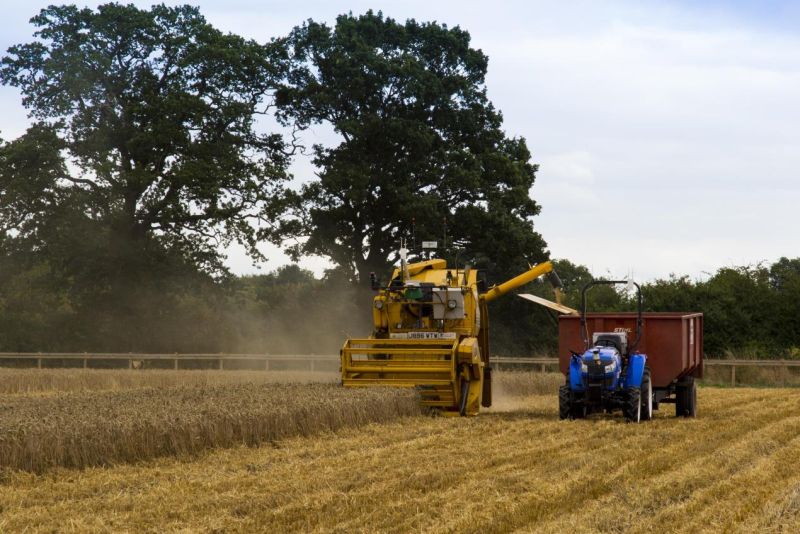 A major project which harvests crops using automation and robotics only has successfully harvested their second crop.

The Hands Free Hectare (HFHa) team used their autonomous combine harvester and achieved unloading on the move for the first time with their ISEKI tractor.

The world-first project, run by Harper Adams University and Precision Decisions, returned in November of last year after receiving funding from the AHDB to grow a crop of winter wheat.

Their aim now is to improve the machinery’s accuracy and so improve field coverage, ultimately leading to a more competitive yield.

Drilling misses fell from 2.82 per cent in the first year of the project to 0.35 percent this year, helping the team achieve a respectable overall yield of 6.5 tonnes, despite a late drilling and busy schedules.

Mechatronics Engineer for Precision Decisions, Martin Abell said that while the team are pleased with the harvest, the key achievement now is to complete a rolling team.

“Last year, we tried an unload on the move, but we weren’t able to get out tractor close enough to the Sampo combine because of the accuracy issues we were experiencing with the control systems at the time," Mr Abell said.

“We have continued to make improvements to our system on the tractor, including adding an auto-start so we can start it remotely if required. We enhanced the auto-pilot in time for drilling which led to improved driving accuracy and therefore an increased field coverage.

“Thanks to these improvements, this year, we were also able to run the rolling team; unloading grain from the combine into a trailer behind our tractor which was running alongside it, which makes the harvest process far more efficient and quicker to complete.

“This was something we’d talked about doing before the project had even begun; we’d laughed and joked and said it would be the icing on the cake and it was great it worked this year.

Mr Abell added: “We still had a little involvement with the tractor through the remote control, just to ensure it got onto the right line, but once it was there, it drove itself to within a 5cm accuracy. Our combine ran autonomously throughout the cutting, and yet again it completed the headland turns without a problem.”

Alongside harvest, the team invited Caroline Dawson from local catering company Fodder in the Field to cook fresh pizzas at the side of the hectare, using ‘hands free’ wheat from the field itself.

Ms Dawson milled the flour and made the fresh pizzas throughout the day, demonstrating the field-to-fork food chain in operation. 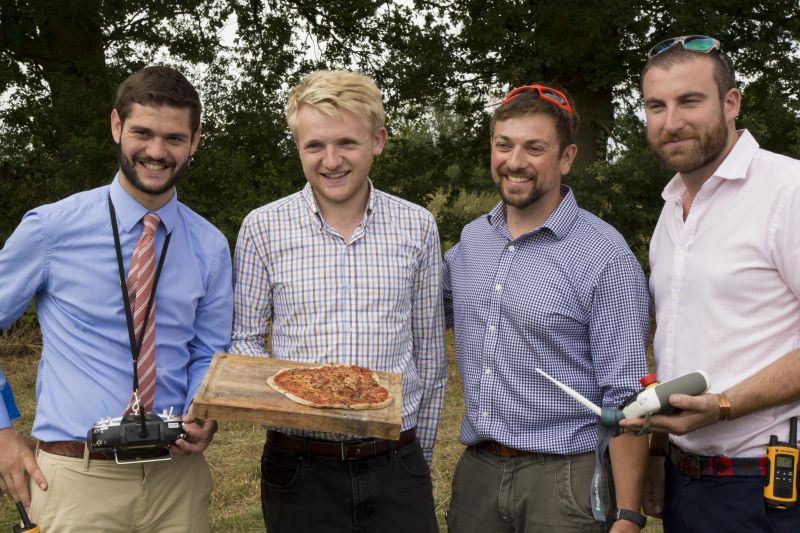 Fodder in the Field cooked fresh pizzas at the side of the hectare, using ‘hands free’ wheat from the field itself

The team have also been to Buckingham Palace this year, where Harper Adams University was awarded the Queen’s Anniversary Prize.