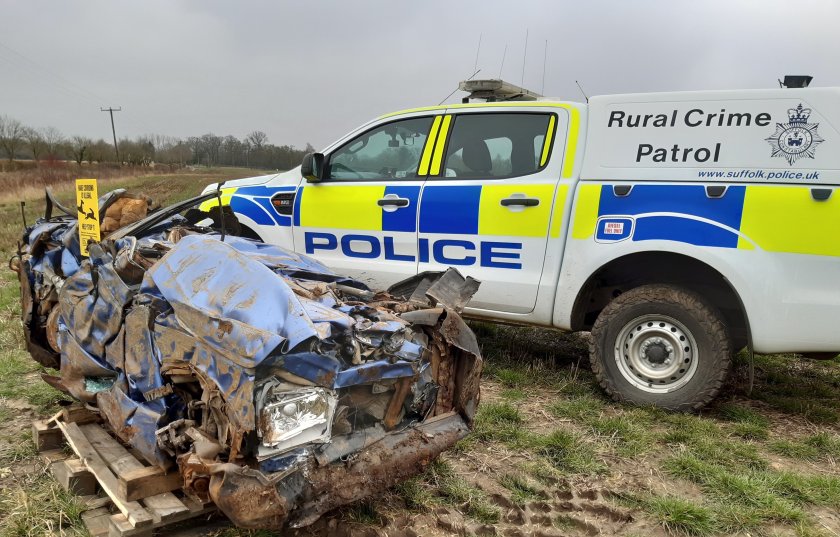 Police have warned hare coursers that their vehicles could be seized and crushed if they are caught and convicted.

Suffolk Constabulary, in conjunction with rural organisations, has demonstrated the potential consequences for offenders who are caught hare coursing.

The force has warned that strong action against those involved in the illegal activity will be taken, with one potential outcome that any vehicles used could be crushed.

Anyone convicted of the offence can also receive a fine of up to £5,000 by a magistrates’ court.

Hare coursing, illegal in the UK under the Hunting Act 2004, is a blood-sport where dogs are used to chase, catch and kill hares.

In Suffolk during the period 1 September 2019 to 31 March 2020, there were 139 hare coursing incidents reported, with most occurring on farmland.

Under the banner of Operation Galileo forces from across the UK work together sharing intelligence on hare coursers planning to trespass.

Sgt Brian Calver from the Suffolk Rural Crime and Wildlife Team said hare coursing was a 'huge issue' for farmers and landowners.

"Many of those are very unpleasant with violent and unscrupulous backgrounds, many of whom have links to organised criminality.

"Significant sums of money can change hands in the form of illegal betting and gambling on the outcome."

The NFU added that the crime of hare coursing was a serious problem, which often left farmers 'isolated, desperate and powerless'. 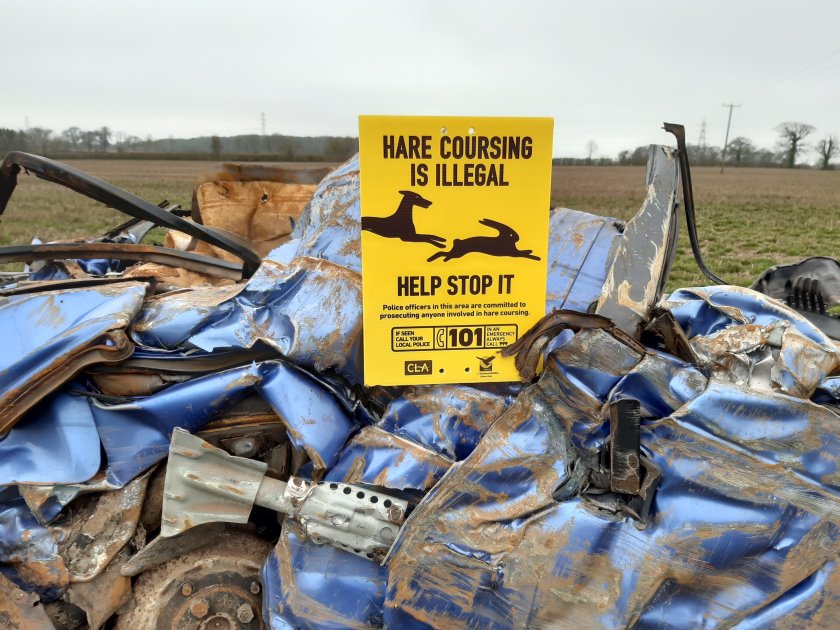 Reports of hare coursing have been increasing in recent years

The union, along with the Country Land and Business Association (CLA), has called for legislation to be strengthened to help police better tackle the crime.

"As well as the illegal killing of wildlife, coursers damage crops, hedges and gates and they are prepared to use violence and intimidation against farmers," NFU County Adviser Charles Hesketh said.

"Police in Suffolk are taking action and have had a number of success recently in catching offenders, but we want the legislation strengthened.

"This includes amendments to make it easier for the police to seize dogs from coursers and for the courts to impose tougher penalties.”

It comes as farmers are being asked to confidentially share evidence of the real prevalence of hare coursing amid fears the crime is significantly underreported.

The Yorkshire Agricultural Society (YAS) launched the survey in collaboration with the National Rural Crime Network, NFU and the CLA.