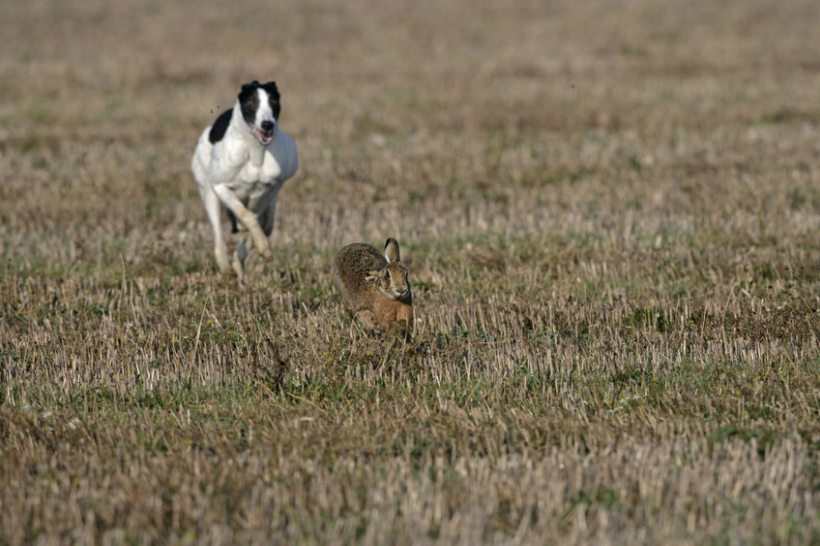 The hare coursers caused hundreds of pounds of damage, according to the police

Three hare coursers who showed 'complete disregard' for a farmer after they drove over his sugar beet crop have now been fined over £1,000.

The men were spotted driving a silver Land Rover across a field near Cambridge Road, in Fowlmere, at about noon on 24 September 2020.

Officers from Cambridgeshire Police's Rural Crime Action Team (RCAT) were able to quickly box the car in near the junction with the A505.

They found the five-seater car was overloaded with the three men, including three children and three dogs.

The driver, Jimmy Cole, 43, denied hare coursing and claimed he had driven to the area from Surrey to 'walk the dog'.

The hare coursers were issued with community protection notices and dispersed from the area.

Officers then returned to the field and found extensive damage caused to the crops where the men had driven straight through the middle and ignored a number of 'no vehicles' signs.

The damage caused to the sugar beet crops was estimated to cost the farmer about £500.

The men were summonsed and sentenced at Cambridge Magistrates' Court on Wednesday 20 January 2021.

He was ordered to pay £500 compensation to the farmer, fined an additional £500 and three penalty points were added to his licence.

DC Tom Nuttall, from the RCAT, said: “These men showed complete disregard for the farmer by driving over his crops and damaging his livelihood, all to try and escape from police with an overloaded car.

"We will continue to do all we can and use whatever methods possible to disrupt and deter hare coursers in Cambridgeshire."

A new petition seeking to increase sentencing for hare coursing and poaching has gathered over 11,000 signatures.

The online campaign, uploaded on the parliament.uk website, says the current law surrounding the crime is 'not fit for purpose'.

It adds that criminals are 'not deterred with the small fines handed out', and that increased fines and custodial sentences are required.