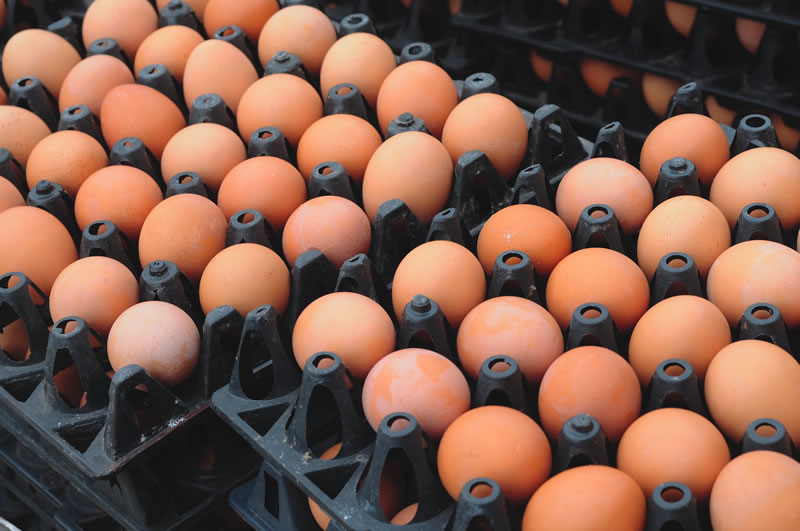 New research suggests that the majority of keel bone fractures in commercial laying hens are caused by large eggs, amid calls for consumers to eat a variety of sizes to stem the welfare issue.

The study examined 4,800 hens in 40 different flocks and found fractures in almost 4,100 of them, concluding that the issue was a huge international problem.

“We knew there was a problem, but we certainly did not expect it to apply to almost all laying hens in the country,” said assistant professor Ida Thøfner from the University of Copenhagen.

“These animals suffer, both when the fracture occurs and afterwards, so we are dealing with a huge animal welfare problem here.”

She said that the problem was not only widespread among Danish hens, but was of global extent.

“We see these types of fractures in all production systems,” added Jens Peter Christensen, who also worked on the study.

“That is regardless of whether the hens are kept in cages or they are organic or barn or free range hens. In other words, it is a widespread problem in all parts of the industry.”

He said that fractures usually occurred at the tip of the keel bone, and the nature of these fractures suggested that the hen’s body was simply under too much strain due to too large eggs.

“If you have ever tried to fracture a bone, you know that it hurts. A cast and rest is not an option for laying hens, whose fractures probably hurt a lot and take a long time to heal,” he said.

In the UK, where the market has seen increasing demand for large size eggs, farm leaders have been trying to encourage consumers to consider the welfare of laying hens and consider buying other egg sizes.

Figures show that more than 13 billion eggs are eaten in Britain every year. But BFREPA noted that shoppers preferred to buy large or very large eggs rather than medium or mixed weight boxes.

Robert Gooch, BFREPA CEO, said free range eggs were a staple of British diets but shoppers had become obsessed with getting the biggest they can.

“We’ve been campaigning for consumers to buy a range of egg sizes for more than two years and have found that consumer habits change instantly when they understand why it is important to hen welfare.

“Every day nearly half of the eggs laid by free range hens are medium or small," he said.

Jane Howorth, founder of BHWT, said eating a range of egg sizes was an easy way for consumers to support the best possible welfare for hens.

"There are more than 40 million laying hens across Britain who will thank you for it. Lots of factors can affect the size of egg a hen lays, including the hen’s age, how big it is, the breed, what it eats – even the weather.

"If shoppers only want large eggs then those hens are being asked to work harder, rather than just allowing them to do what comes naturally.”