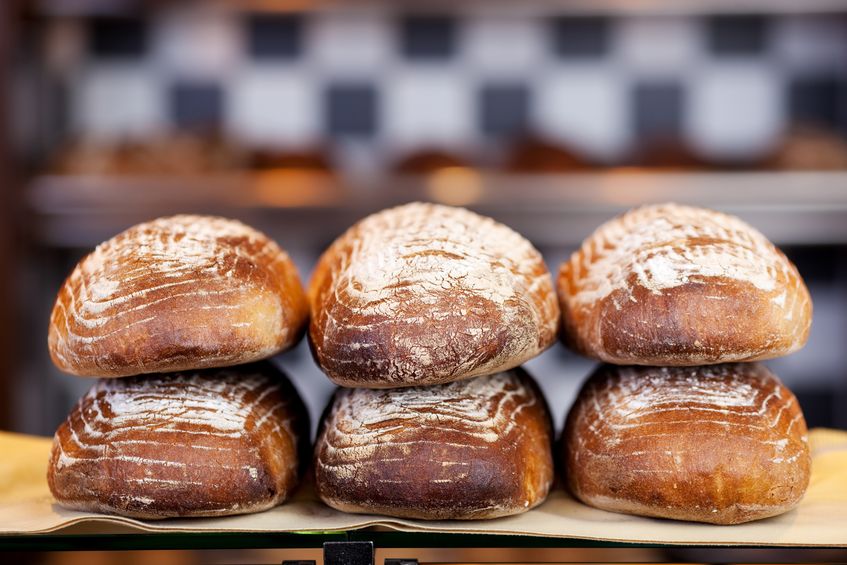 Healthier white bread could soon be on UK shelves as scientists pinpoint the genes responsible for the dietary fibre content of flour.

An international group of scientists led by Rothamsted Research and the John Innes Centre have opened the door to healthier white bread.

The new white flour is otherwise identical and makes a good quality white loaf – but with all the added health benefits that come from eating wholemeal bread.

The high fibre white flour they produced has as much as twice the fibre of traditional white flour.

Writing in the journal PLOS ONE, lead author Dr Alison Lovegrove, of Rothamsted Research, said the team had achieved the breakthrough by exploiting the results of an earlier genetic screen of over 150 different wheat varieties from around the world.

“We knew that the white flour made from one particular Chinese wheat variety, Yumai 34, was unusually high in fibre, but it’s not well suited for growing in the European climate,” she said.

“Using conventional breeding techniques, we crossed this high fibre trait into several other varieties. This allowed us to narrow down where in its genome the genes for high fibre are.”

Traditionally, crop varieties are improved by identifying plants with desirable traits and breeding from them.

The problem with high fibre is it is not a trait that can be identified by the eye – and biochemical lab tests for it are slow and expensive.

“We’ve developed genetic markers that can easily be used by plant breeders to identify which individual wheat plants have the high fibre genes,” said Dr Lovegrove.

That will allow them to incorporate the high fibre into elite wheat lines - and opens the possibility of significant increases in dietary fibre intake for everyone, she added.

The quest to increase fibre in white bread through breeding had stalled in recent years – with various manufacturers instead producing loaves that contain both white and wholemeal flours, or have fibre from other sources added, in an attempt to address the issue.

The effort behind the study was no simple matter, however, as the wheat genome is much bigger than the human genome – containing six copies of every chromosome rather than the two copies humans possess.

By looking for sections of genetic code shared by plants with the high fibre trait, the team were able to home in on the likely spots where high fibre genes reside.

The researchers found two sites in particular - on chromosomes 1B and 6B - that were strongly linked with high fibre in flour.

The conventional breeding of a new wheat variety is a slow process with breeders having to select wheat lines with high yield and disease resistance, but the team are hopeful high fibre bread and other products made from white flour will be a staple within just five years now that breeders have a new tool with which to screen wheat lines.

Dietary fibre describes those carbohydrates from plant-based foods that aren’t digested in the small intestine and has been shown to have a number of health benefits, including lowering blood pressure, improving insulin sensitivity and reducing the incidence of certain types of cancer.

Although the mechanisms are incompletely understood they include a reduction in the time taken for food to pass through the intestines; binding cholesterol and carcinogens; promoting the growth of healthy bacteria in the gut; and reducing the rate of both digestion and glucose release in the small intestine.

Most of the fibre found in wheat grain is in the bran – the part that is removed when producing white flour, and what differentiates it from wholemeal flour.

A slice of typical white bread has about 1g of fibre, whereas wholemeal has about 3g. A slice from a high fibre white loaf could contain up to 2g.

Government advice suggests adults should eat about 30g of fibre a day, but the average adult in the UK currently only eats about 18g.

Whilst wholemeal is widely regarded as being much better for people's health, white bread still outsells it, making up three quarters of the roughly 12 million loaves sold in the UK each day.

Taste, appearance, shelf life and price are the main reasons why consumers favour white bread, whilst the £8bn a year pre-packed sandwich industry prefers it as it refrigerates better.