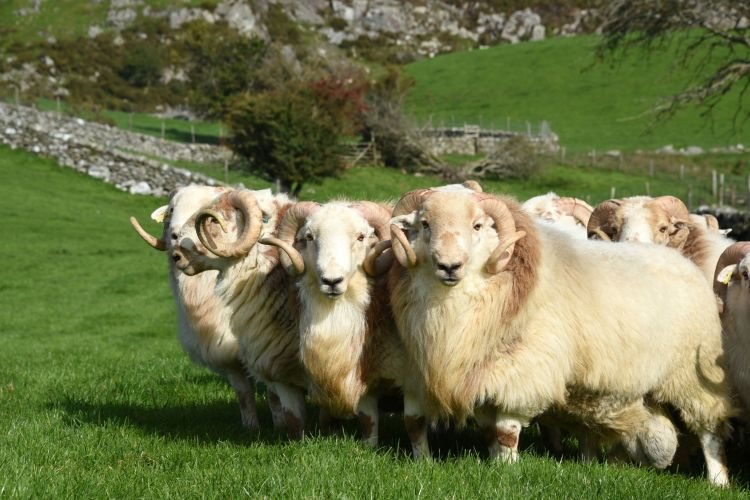 The scheme's expression of interest window will open next week

Welsh hill flocks have a chance to join a sheep genetic improvement scheme that will put performance recorded rams to the test in a commercial setting.

Flocks are needed to join the Hill Ram Scheme to compare the performance of two rams on a selected group of performance monitored hill ewes.

The expression of interest window will open next week, on 3 May and will close on 21 May.

Farmers who take part will be able to see which of their rams has produced lambs and ewes that perform well on their farm.

From this data, farmers can select the best genetics for their flock in the future.

Project organisers Hybu Cig Cymru – Meat Promotion Wales (HCC) says this is as important for commercial hill flocks as those who produced breeding stock for sale.

A target of the scheme is to show the value of measuring performance in Welsh flocks, and the benefits that genetic improvement can have on commercial hill flocks.

Sean Jeffreys, HCC Programme Officer said: “The commercial performance flocks will need to select 100 ewes that they consider to be the best for the sheep system.

"This group will then be split evenly into two groups, with one group mated with a performance recorded ram, and the second with an unrecorded stock ram."

She said it was crucial that post mating, the groups were managed as one to ensure reliable comparison.

“The flocks will receive support from the Hill Ram Scheme team at relevant times and will receive training and workshops to assist with the work and activity required from farmers.”

More information on what the Hill Ram Scheme entails and access to the expression of interest form can be found on HCC's website.