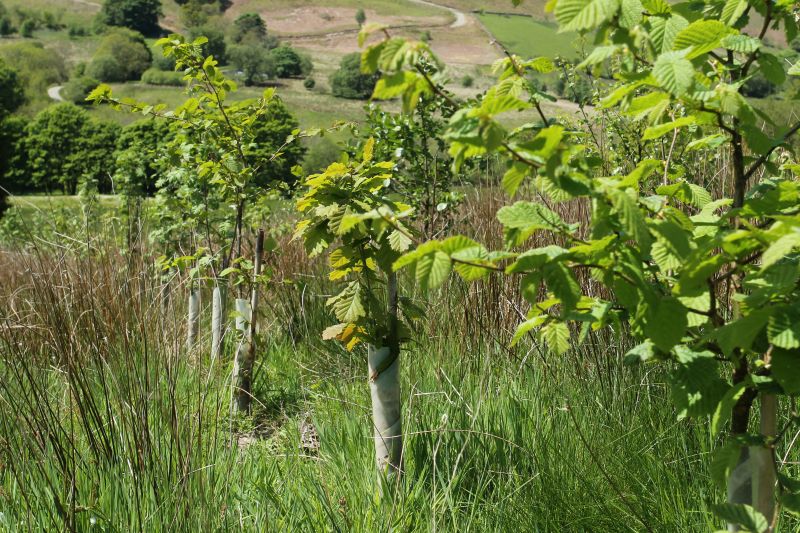 Further targeted grant funding will be available to support woodland planting and restoration schemes within a 'green corridor' alongside the course of the HS2 railway.

The HS2 Woodland Fund opened for applications on Monday 11 March. It injects a further £4 million of funding to commit to projects over the next 4 years.

The fund initially opened on a ‘first come, first served’ basis in February 2018, with an initial budget of £1 million.

It's open to farmers, landowners and local authorities within 25 miles of the HS2 phase one route from London to the West Midlands.

However, if land falls just outside this zone then farmers and landowners can make a proposal of outstanding quality which may be considered for funding at the discretion of the Forestry Commission and the HS2 Woodland Fund Review Panel.

The grant funds the creation of new native woodland between 1 and 25 hectares, especially where it connects or expands existing woodland to benefit habitat resilience.

It also funds the removal of exotic species and restoration of native tree species on Plantations on Ancient Woodland Sites. Applications can include one or both types of activity.

Tillhill Forestry is offering free advisory service to farmers and landowners within 25 miles of the HS2 phase one route.

Simon Marrington, of Tilhill Forestry, said: ”This additional £4 million fund over 4 years is great news as it presents landowners with further opportunity to access enhanced grant rates for new woodland creation together with increased financial support for ancient woodland restoration.”