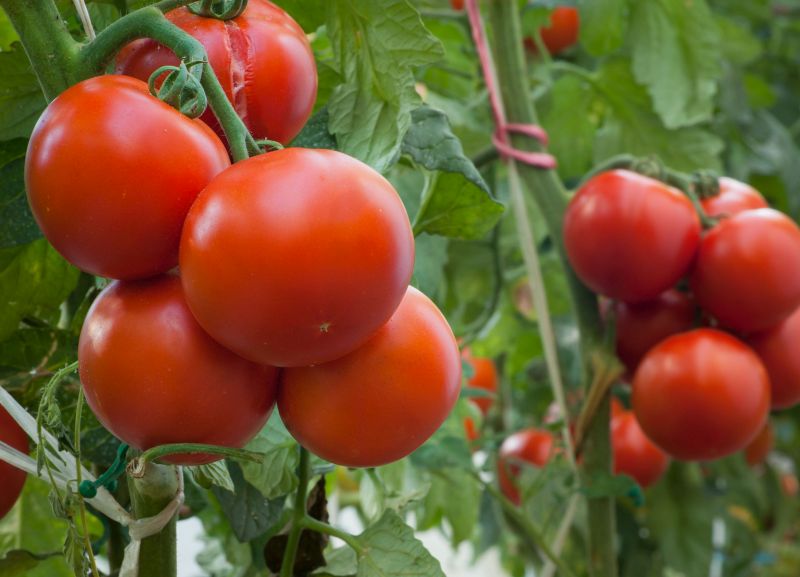 British tomato production could be increased by 12 percent following the construction of two wastewater-heated greenhouses in East Anglia.

The 'world-first' high-tech projects are under construction at Colman family’s Crown Point Estate outside Norwich and at Ingham in Suffolk.

The sites each occupy an area larger than the O2 arena, and will grow tomatoes in a hydroponic system using waste heat from Anglian Water treatment facilities.

Low Carbon Farming, the firm behind the projects, have now unveiled plans for a UK-wide roll-out, which could create 8,000 new jobs.

Buoyed by the UK’s commitment to achieve net zero emissions by 2050, the company has identified potential sites for a further 41 giant, low carbon greenhouses.

Collectively, the sites could invest £2.67 billion into regional economies and increase the UK’s clean heat output by almost 3 TWh per annum.

The plan could also see the UK become self-sufficient in tomatoes and cucumbers, while removing the food miles associated with importing such produce.

In practice, growing capacity is likely to be allocated to a wider range of produce, including peppers and flowers, Low Carbon Farming said.

"Having secured the financing and proven the business model, and with the case for secure and sustainable British produce having been thrown into such sharp focus, it’s time to plan for the next stage.

“Policy decisions made the innovation behind our first projects possible – specifically, the entirely logical extension of the Tariff Guarantee until the end of the Renewable Heat Incentive in 2021.

"We now look to government for a clear and far-sighted decision to extend revenue support for renewable heating in British farming far beyond 2021.”

Through its tenancy agreements with third party growers, the East Anglian projects will supply low carbon tomatoes to retailers including Subway and Sainsbury's.

Anglian Water is working with Low Carbon Farming on the first projects to supply the waste heat and in doing so solve the environmental challenges associated with heating local water courses.