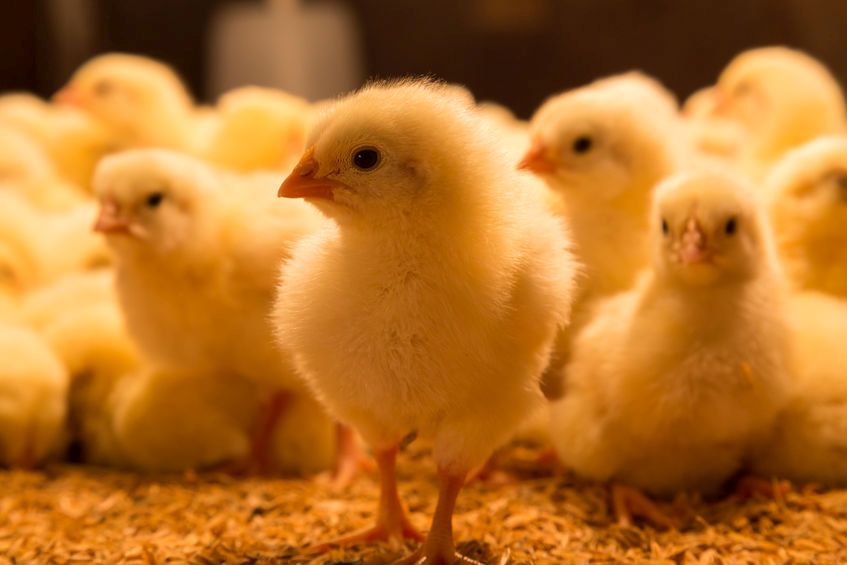 Scientists have successfully used gene editing technology to create female-only and male-only mice - a breakthrough that could have implications for the egg industry.

Pressure has been growing for some time on the layer sector to end the culling of male chicks, which are culled at one day old because they are unsuitable for either egg or meat production.

The practice became common from 1950, when the industry developed the ability to sex chicks at one day old and since the egg and broiler industries became specialised.

However, in recent years, it has been under pressure from animal welfare groups and public unease.

At an International Egg Commission conference in 2014 delegates heard that a public consultation exercise had showed that nearly 90% of consumers who took part in the study expressed opposition to the culling of male chicks.

Now researchers from Kent’s School of Biosciences and the Francis Crick Institute may have an answer. In announcing their results, they say had been able to produce female-only or male-only offspring with a 100% success rate.

“In scientific research and also farming, there is often a need for either male or female animals,” they said in a release outlining their work.

“For example, laboratory research into male or female reproduction requires only animals of the sex being studied.

"And in farming, only female animals are required for egg production and in dairy herds. This means it is common practice for animals of the unrequired sex to be culled after birth.”

Earlier this year France announced that it would join Germany in a ban on the culling of male chicks from 2022 and try to persuade the rest of the EU to follow their example.

Legislation will require that from 1 January 2022 all hatcheries will have to have had installed or ordered equipment for in-ovo testing.

However, whilst it will be the responsibility of the hatcheries to install the equipment, the French government is providing funding. Some 10m Euros will be invested in gender testing machinery.

In Germany, the government had already passed a law in May banning the routine killing of male chicks from 2022 after the Constitutional Court previously declared the practice illegal.

A number of solutions have been discussed - the possibility of producing a dual purpose chicken, making use of environmental factors to reduce the number of male chicks, the possible use of genetic modification and the possibility of identifying the sex of the chick whilst it was still in the egg.

Various research programmes have taken place in different countries to perfect the sexing of the chick in the egg. France and Germany decided that this was the method they would use to end the practice of culling.

However, the gene editing work in the United Kingdom offers a possible alternative.

The scientists said that, surprisingly, the method they used did not lead to a 50% decrease in the number of offspring produced, rather the litter sizes were between 61% and 72% of the control litters.

The researchers suggested that this was because animals such as mice produced more eggs than required during each ovarian cycle, allowing for a proportion of them to be lost during early development without reducing litter size.

This meant that in situations where one sex was needed, fewer breeding animals would be required in order to produce the same number of the desired sex of offspring.

Charlotte Douglas, first author said: “This method works as we split the genome editing process in half, between a male and female, and it is only when the two halves meet in an embryo through breeding, that it is activated. Embryos with both halves cannot develop beyond very early cell stages.”

There were also no harmful effects of the gene edit in the surviving offspring, she said.

James Turner, author and group leader of the Sex Chromosome Biology Laboratory at the Crick said: “This work could have immediate and valuable impact in scientific laboratories, as we’ve shown how it is safe and effective in mice, a common mammal used in medical and scientific research.

"While a lot of research needs both sexes, there are areas of study where only one is needed. For example, when studying the reproductive system, sex-specific diseases, or certain hormones.”

Peter Ellis, author and senior lecturer in molecular genetics and reproduction at Kent, said: “The implications of this work are potentially far-reaching when it comes to improving animal welfare, but should be considered at ethical and regulatory levels.

“In particular, before any potential use in agriculture, there would need to be extensive public conversation and debate, as well as changes to legislation.

"On the scientific side, there is also much work to be done over a number of years. Further research is needed, first to develop the particular gene editing toolkits for different species, and then to check they are safe and effective.”