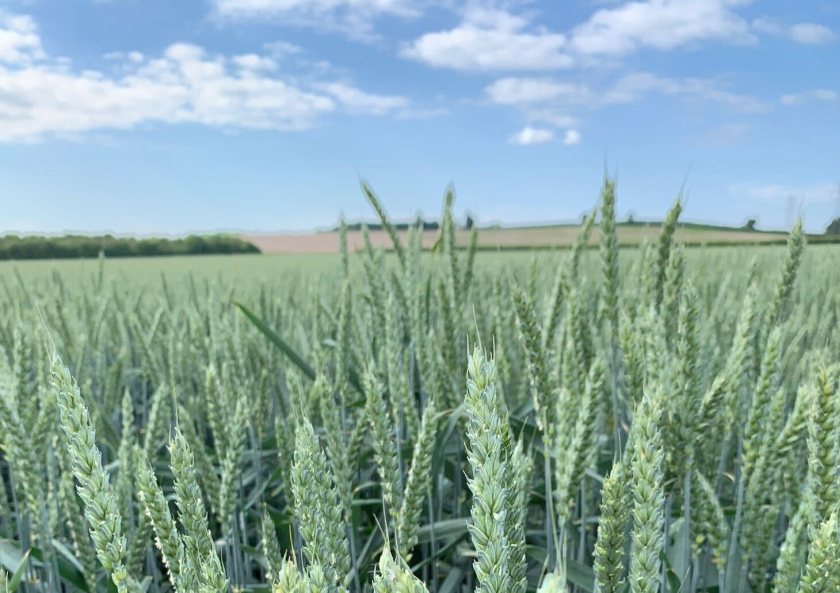 Varieties with high inherent protein are going to be more readily planted in the United Kingdom, according to NIAB

And with spikes in fertiliser, inputs, and energy prices slowly becoming the norm in a fragile marketplace, alternative, more sustainable cropping options are gaining traction.

Nelson winter wheat has high nitrogen use efficiency, with the ability to achieve 13% or more % protein with a reduced nutrition programme.

Dr Syed Shah, NIAB regional agronomist for the south, says Nelson is a ‘low risk’ winter wheat. “Varieties with high inherent protein are going to be more readily planted in the UK.

"Nelson is an important winter wheat which has a naturally high protein and strong disease profile, meaning it’s lower risk for farmers.

Syed explains that the example he is giving shows the intrinsic volatility farmers are used to with most cereal varieties.

If it’s a dry year, like this one, nitrogen applied to boost protein won’t be taken up by the crop, so any N wouldn’t increase yield or protein.

“We should be growing crops with inherently higher protein, and Nelson is performing well in this regard, in fact, it can produce 13.3% - 14% protein in untreated plots," he says.

“Nelson isn’t susceptible to yellow rust, or brown rust, so at T0, T1 stage, it doesn’t need a robust input programme, nor does it need a T2 treatment for Septoria.

"But since it’s a milling wheat, appropriate protection needs to be applied to reduce the risk of fusarium at flowering, especially in wet season."