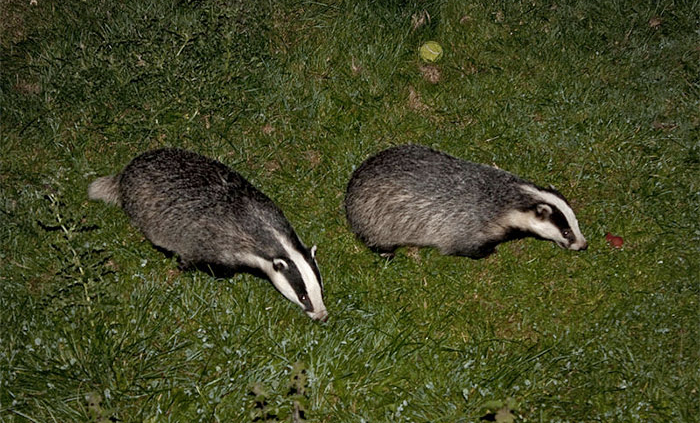 A sentence imposed on animal rights activists for breaching an injunction against farmers during pilot badger culls 'will send a warning' that such action will not be tolerated, according to the NFU.

Jay Tiernan, described as the leader of the 'Stop the Cull' movement, was found in contempt of court and sentenced to six months imprisonment for breaching the terms of a High Court injunction to protect those involved in the culls.

"We welcome the court's finding of contempt in this case, and the sentence imposed for breaching the terms of the High Court injunction," NFU President Meurig Raymond said.

"This sends a clear message that the injunction has teeth and such action will not be tolerated.

“We recognise that the badger cull is controversial and we have never sought to stop lawful protest. But we cannot condone actions designed to harass, intimidate and threaten farmers and others protected by the injunction who are doing nothing illegal. That is why we applied for the injunction in the first place, and why we felt compelled to bring these proceedings against Mr Tiernan for breaching the terms of the injunction.

“Mr Tiernan has publically said he doesn’t care if farmers or people living in the cull areas are frightened by the actions of activists if it meant people pulled out of the cull or didn’t sign up for it.

“He has endorsed the use of military-style tactics to disrupt operations, and treated the High Court injunction, which was granted to stop exactly this kind of behaviour, with utter contempt.

“Today’s finding sends a clear message that this kind of behaviour against people carrying out a legal and licensed activity as part of a Government policy to help deal with bovine TB will not be tolerated.

“Bovine TB continues to cause emotional and economic misery for farming families across large parts of the country. The NFU’s focus remains the same as it always has been – the control and eradication of this disease based on the best scientific advice, and using all available options, so we have healthy badgers, healthy cattle and a healthy countryside.”

Environment Secretary Liz Truss used her speech at the Oxford Farming Conference to reiterate her commitment to eradicating bovine TB in cattle by use of badger culls.

“Let me be clear, we will not walk away. We will do whatever it takes to eradicate this disease.”

Truss said the Chief Vet's advice is: "Results of this year’s cull in Somerset show they can be effective. That is why I am determined to continue with a comprehensive Strategy that includes culling."

"There are also plans to launch a consultation on a package of tougher cattle measures in the New Year, including statutory post-movement testing for cattle entering the Low Risk Area."

"An Independent Expert Panel report concluded that the 2013 pilot culls were neither effective nor humane, failing to meet targets despite weeks of extensions, and with as many as 18 percent of badgers taking more than 5 minutes to die. DEFRA abandoned the IEP for the 2014 cull meaning there has been no independent scrutiny."

The information published by DEFRA confirms that Gloucestershire cull of 274 badgers failed to achieve the minimum target number of badgers to be shot (615), and that the Somerset cull reported killing 341 badgers, only just meeting the minimum target of 316 badgers.

Claire Bass, Executive Director for Humane Society International/UK said: “We are extremely disappointed that once again the Chief Veterinary Officer has chosen to endorse what is widely considered within the scientific community to be a cruel and costly failure of a badger cull.

"Hundreds of badgers have been slaughtered as scapegoats to appease a vocal minority of farmers resisting the reforms of farming practices which would control TB. DEFRA has not placed sufficient data in the public domain to allow independent assessment of the suffering of badgers, but the headlines are clear: many badgers will have taken up to five minutes to die, and many will have been mortally wounded and slowly bled to death underground. If DEFRA decides to carry on with the cull for a third year it will again be firmly placing politics above science and ethics.

"Sneaking this announcement out on the last day of Parliament before Christmas speaks to the failings the government must recognise in its own policy. It fails animal welfare by subjecting supposedly protected animals to inhumane shooting; it fails farmers by promising a solution to TB that scientists agree cannot be delivered by killing badgers; and it fails the public by wasting valuable funds that could be far better deployed on nationwide badger vaccination, improved farm biosecurity and stricter cattle movement measures. We need only look to the Welsh for a humane and effective alternative to this cull - they have so far vaccinated more than 3,000 badgers, committed to funding more, implemented stricter cattle measures, and their cattle TB incidence is coming down year on year. We urge the government to replicate the Welsh model and kill the cull once and for all.”