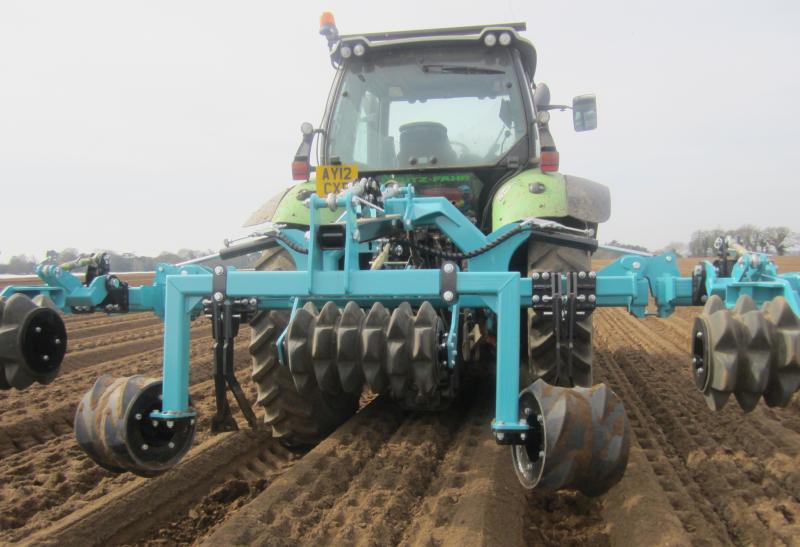 A tool which maximises water retention for crops by up to 99 percent to boost yields has been nominated for a national industry award.

In response, he developed the Wheel Track Roller Combi, a tool which has now made the shortlist of the British Farming Awards.

The product is a solution for farmers to reduce surface water run-off and can be used for a range of crops.

The self-cleaning tool features a uniquely shaped plastic roller which forms angled, elongated reservoirs which holds the surface water until it naturally drains into the root systems of the adjoining crop.

The product, in basic form, is designed for easy working in the tramlines to hold rain and irrigation water without waste and contamination.

Specific attachments are available for converting the machine for specialised crop growing, including complying with recent soil and water regulations.

The Wheel Track Roller Combi has produced good results, decreasing water loss by up to 100 percent.

Because of this, the farming industry has recognised the technological development with the nomination.

Mr Creyke, from Huby in North Yorkshire, said: “We are delighted to make the finals of the British Farming Awards and are proud that the Wheel Track Roller Combi has already been acknowledged by the farming industry.

“We strongly believe that our product, which we are now taking to market, will vastly improve water retention for farmers and hence boost their yields.”

The awards celebrate the best in farming and over 700 farmers and industry representatives will attend the National Conference Centre in Birmingham on 17 October.