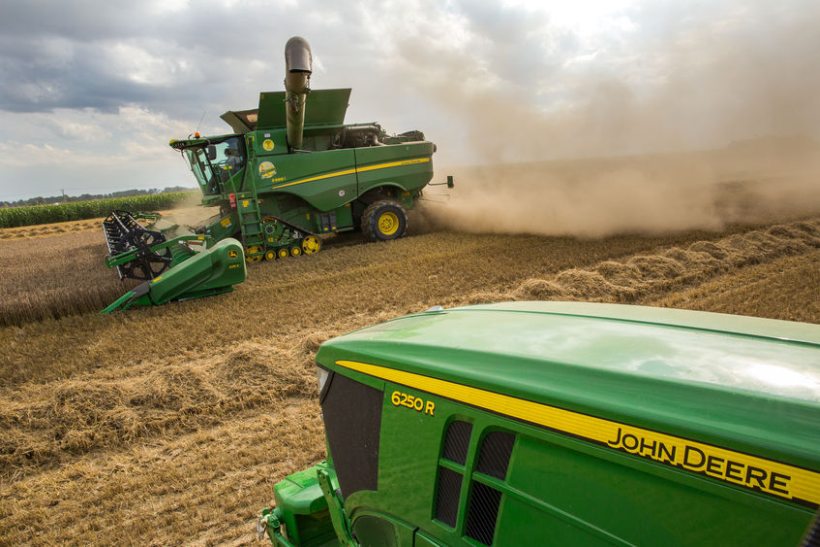 John Deere has announced it will not attend the world’s largest trade fair for agricultural machinery due to the current Covid circumstances.

Agritechnica is still on course to take place in Hanover in November later this year, and organisers are expecting more than 2,000 exhibitors.

Around 90 percent of the show’s exhibitor space is already booked, according to the DLG (German Agricultural Society).

John Deere, however, will not be making a presence as the 'future remains uncertain', namely due to virus mutations and the slow progress of vaccination.

“Despite numerous controlling measures, such as business restrictions, lockdowns and event cancellations, the pandemic has not yet been sustainably brought under control,” said Alejandro Sáyago, vice president sales & marketing, John Deere Region 2.

“As such an adequate protection of world’s population cannot yet be ensured, which would be an essential prerequisite for participation in an international trade fair.”

Last year, the machinery giant did confirm that it would not attend any events in Europe during the company’s 2021 fiscal year.

John Deere said its key focus in 2021 would be the change in its operating model, to become a ‘smart industrial company’.

The firm said it was moving towards being a 'production system-based organisation', in order to build a 'more customer driven and streamlined business'.