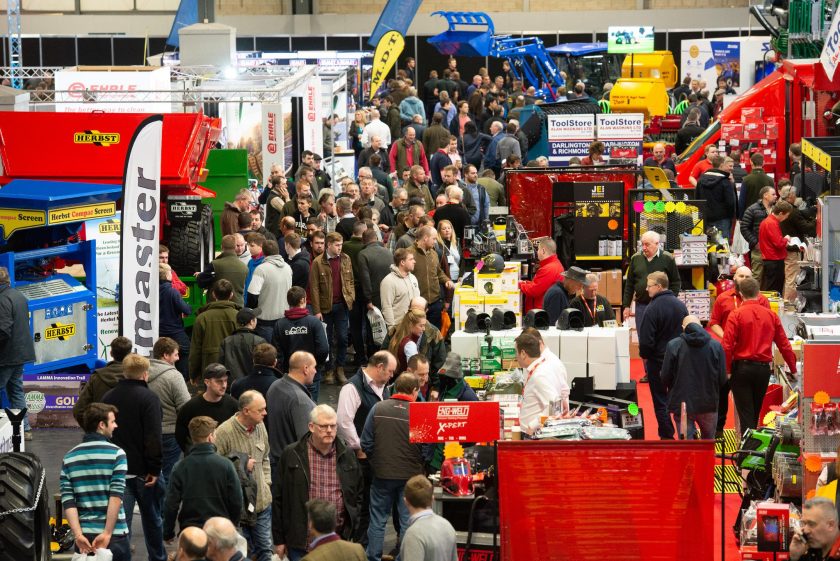 Organisers of the LAMMA show have cancelled this year's event due to 'ongoing uncertainties' surrounding the pandemic.

The 2021 agricultural machinery show, due to take place 25-26 May at the NEC in Birmingham, has been called off.

The event's organisers said the safety of visitors and exhibitors was their top priority.

The LAMMA show is seen as a key part of the British farming industry's annual event calendar.

It has a reputation as a launch pad for a host of machinery from the UK and across the globe.

The 2020 show took place on 7-8 January, just weeks before the coronavirus started to spread across Europe.

"As you can all imagine, this decision has not been an easy one to make as we fully understand how key the show is to the entire industry," said Kate Walsh, event manager.

"After listening to the concerns of stakeholders and being fully appreciative of all the associated planning and work that goes into getting ready for a show like this, a decision had to be made."

The Royal Welsh Agricultural Society (RWAS) has announced this year's Royal Welsh Show will not go ahead.

It said the 'various alert levels' and 'current restrictions' meant that it was 'impossible' to hold large events this summer.