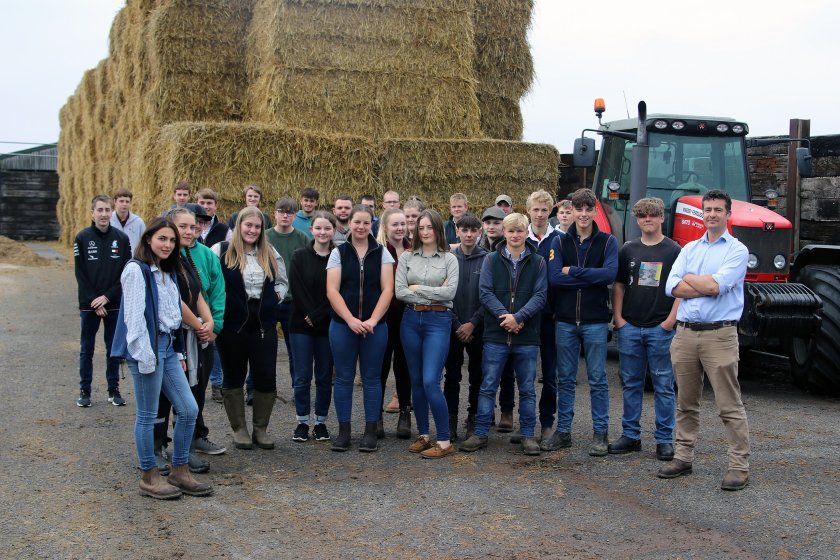 A land-based college in Warwickshire has enjoyed a bountiful harvest after seeing more than double the enrolments it expected for its agriculture course this year.

Moreton Morrell College has seen 29 people start studying on its Level 3 agriculture course this academic year – more than double the 13 students it expected.

The college, which covers 650 acres of countryside, has seen a total of 88 students enrolled in its agriculture and land-based studies further education course.

Students enrolled on the agriculture course are seeking to pursue a career in the industry, and they range from the age of 16 to over 24 years old.

They are given the opportunity to support the college's 230-ha commercial farm and maintain wildlife habitats including woodlands, wetlands and grasslands.

Jack McDill, lecturer at Moreton Morrell College, said this year he had seen more students come on to the course from non-farming backgrounds.

“We have definitely seen a change this year in the background of people coming onto our agriculture course. There is a move away from agriculture being an insular industry,” he said.

“There are more students now from non-agriculture background. I think you can probably trace this back to there being more visibility for agriculture in the media and on television recently."

He also said that the pandemic had led to more people wanting to work outside and not in offices, which had likely played a part in this lift in enrolment numbers.

“We are still seeing people from farming families join us too as they are trained to eventually take on the family business.

It comes as the manger of Shropshire-based Bradford Estates recently warned about the lack of younger people entering the farming industry.

Despite this, Oliver Scott pointed to the growing movement behind regenerative agriculture, something which young people could get a foot in the door.

He said that at the same time, the industry should be looking at working more closely with schools and land-based colleges.