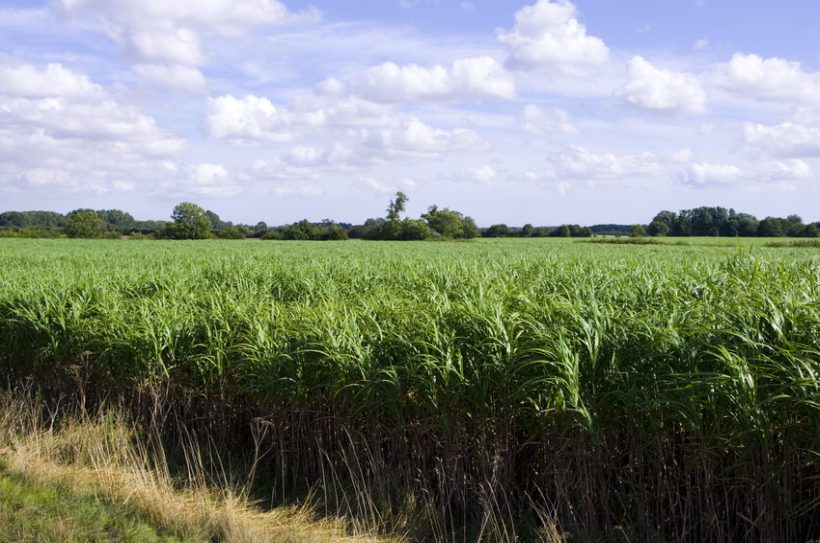 An expansion in growing energy crops could lead to a substantial increase in water scarcity for people worldwide, as the crops require considerable amounts of freshwater for irrigation, scientists warn.

Bioenergy crops, such as Miscanthus, are frequently considered one of the options to reduce greenhouse gases for achieving the Paris climate goals.

They are particularly touted if combined with capturing the CO2 from biomass power plants and storing it underground.

Yet growing large-scale bioenergy plantations worldwide does not just require land, but also vast amounts of freshwater for irrigation.

The Potsdam Institute for Climate Impact Research in Germany has calculated how much additional water stress this could mean for people worldwide.

Lead author Fabian Stenzel said: "Irrigation of future biomass plantations for energy production without sustainable water management, combined with population growth, could double both the global area and the number of people experiencing severe water stress by the end of the century, according to our computer simulations.

The institute said sustainable water management was needed, including improved political regulation – such as pricing or water allocation schemes – to reduce the amounts of water taken from rivers.

It also called for on-farm improvements to make more efficient use of the water, which could include cisterns for rainwater collection or mulching to reduce evaporation.

Largely unmitigated global warming together with population growth would increase the number of people under water stress by about 80% in the institute's simulations.

Enhanced use of bioenergy with carbon capture and storage could limit climate change: When plants grow, they take up CO2 from the air and build it into their trunks, twigs and leaves.

If this biomass is burned in power plants and the CO2 is captured from the exhausts and stored underground (carbon capture and storage, in short CCS), this can eventually help reduce the amount of greenhouse gases in the atmosphere – scientists call this ‘negative emissions’.

But water scarcity when plating bioenergy crops on a large-scale remains a huge challenge.

Co-author Dieter Gerten from PIK said: “According to existing scenarios, biomass plantations could increase by up to 6 million square km if global warming is to be limited to 1.5 degrees Celsius by the end of the century, the more ambitious of the two temperature targets of the Paris Agreement.

“We use these scenario inputs to run simulations in our high-resolution global vegetation and water balance model to explore the freshwater implications.

"While substantial irrigation implied in a bioenergy plus CCS scenario including population growth suggests a 100% increase in the number of people facing water stress, combining it with sustainable water management brings the number down to 60%.

"This, of course, is still an increase, so challenging trade-offs are on the table.”

Regions that already suffer from water stress today would be most affected in the climate change scenario, like the Mediterranean, the Middle East, north-eastern China, South-East and southern West Africa.

Without sustainable water management, the institute's modelling shows that high water stress would extend to some otherwise unaffected regions, like the East of Brazil and large parts of Sub-Saharan Africa.