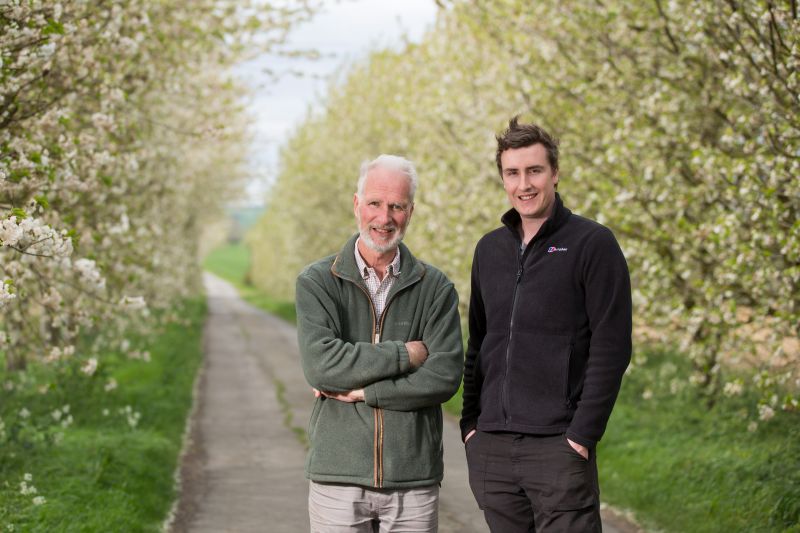 A father and son farming team from Leicestershire are the latest to join up to the nationwide Monitor Farms initiative.

Farmers James and Michael Parker, based near Melton Mowbray, will be the new Vale of Belvoir Monitor Farm hosts at Sherwood Farms.

Their soils range from heavy clay to clay and sandy loam. The farm also features 72,000 laying chickens, the eggs from which are packed and sold onsite.

Originally purchased by James’s father, the business has been built up over the years by James himself.

Having joined the business full time at the age of 26, Michael is keen to carry on his father’s work and cites yield and black-grass as the main challenges facing the farm.

He said: “We’ve hit a bit of yield plateau recently and we’re not 100% why but suspect it’s to do with soil health. We’re keen to use the meetings to explore soil nutrients.

“Black-grass is also an issue: we’ve tried using cover crops; a combination of different plant protection products; changing our cultivation strategy and using new machinery so this a definitely something we want to look at further.”

With an effective black-grass coping strategy top of Michael’s list for monitor farm meetings, he believes dealing with the weed will enable the farm to reap benefits in other areas.

“I’d really like to explore the financial viability of our spring crops: currently we’re not making much money from them as they are solely in place to combat the black-grass,” he said.

Having been to a number of monitor farm meetings already, both James and Michael were keen for one to look at issues specific to their area.

With big changes on the horizon for British agriculture, both are interested in benchmarking to compare costs and make efficiency savings.

They’d also like to meet other growers in the area and establish a network.

“You’ve got to be brave to spend,” says Michael. “Hosting a Monitor Farm takes away some of the risk and means trying out new methods and techniques is less of a leap in the dark.”