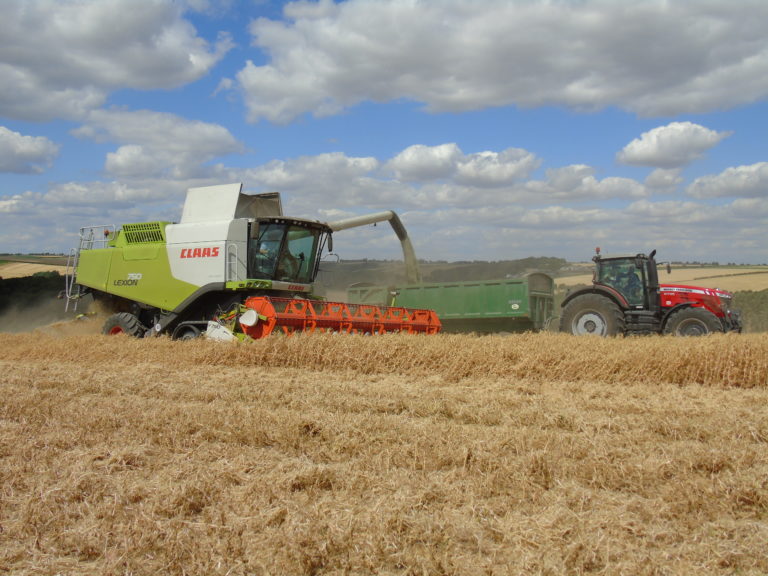 LG Stallion was the field pea variety of choice, selected for its high yield potential and good standing ability

Lincolnshire grower Tim Lamyman has beaten the world record for pea yields for the second time in three years.

Harvested on Saturday 7 September at Worlaby Farms in Lincolnshire, Mr Lamyman said he is 'delighted' with both the yields and quality to come off this year’s pea crop.

“Who would have thought that 2019 would be the year for a world record crop?” he says.

“I am absolutely thrilled with the final performance of the peas as they have shown a consistency in biomass through the season - much more so than last year.

“In places the crop was 6ft tall – and this has obviously translated into yield.”

LG Stallion was the field pea variety of choice, selected for its high yield potential and good standing ability.

This is the third year that Mr Lamyman has grown the variety, breaking the world record yield in 2017.

The peas follow a second wheat in the seven year rotation which also includes wheats, spring barley and oilseed rape.

“The field chosen for the crop is much like last year; a grade 2 chalky loam which offers the potential for well-structured root systems, enabling easier nutrient uptake - which I believe is key to a high yielding crop,” says Mr Lamyman.

“As the spring was so dry, we adapted our cultivations for the peas through an intensive min-till approach which allowed us to create a more level seedbed.”