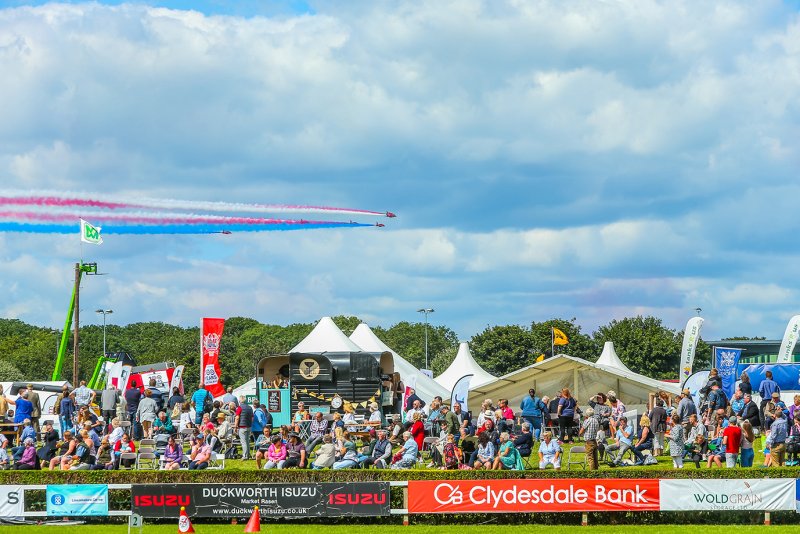 Organisers of the Lincolnshire Show have announced that this year’s event will be hosted online due to the ongoing coronavirus pandemic.

The annual show usually welcomes more than 60,000 visitors and 600 trade stands, and has been running for more than 135 years.

In March, the Lincolnshire Agricultural Society agreed to cancel this year's event - due to take place on 24 and 25 June - a move described as a 'devastating decision'.

But the society has now announced the show will move to a virtual platform on 24 June, and include agricultural content, cookery demonstrations and exhibitors.

"We have been busy behind the scenes planning for a while now, and we can’t wait to reveal more over the coming weeks."

The show has only had to cancel a handful of times in the society’s 150 year history – during both World Wars and the more recent foot and mouth outbreak in 2001.

But Ms Southall added: "We hope to continue celebrating the heritage of Lincolnshire and showcase the best the county has to offer, despite these difficult times we are all currently facing.

"We would like to invite everyone to be part of our Lincolnshire Show online community, from exhibitors, sponsors and trade stands to farmers and families – we want to create something that everyone can get involved in."

Other mainstream agricultural shows and industry events have also been forced online due to the coronavirus crisis.

The 'Greatest Online Agricultural Show', a new virtual event created to fill a hole left by the cancellation of farming shows, took place on 2 May and raised thousands for charity.

Farmers are also being invited to virtually connect the public with food production and the countryside on 7 June as part of the first ever Online Farm Sunday.