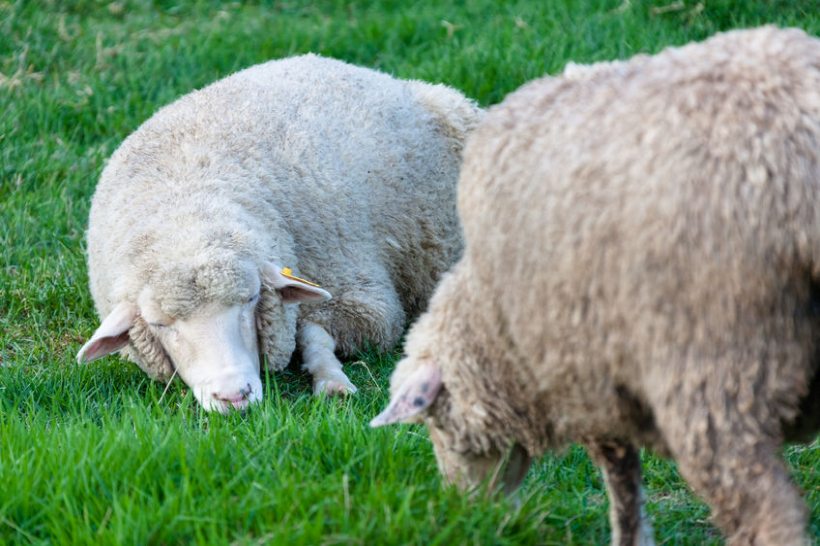 New figures reveal that farm animals worth an estimated £2.3m were stolen from UK farms in 2020, making it one of the most costliest crimes for farmers.

Although the pandemic saw the cost of rustling decrease by a quarter, in the South West region the cost of animals stolen rose by over a third to an estimated £320,000.

Overall, livestock rustling remains one of the most costly crimes for British farmers after vehicle and machinery theft.

The Midlands saw a sharp fall of 44% in 2020 following the prosecution of thieves, who, in 2019, slaughtered large numbers sheep in Northamptonshire.

“Last year’s overall fall is encouraging news to an industry which has worked hard through the pandemic to keep the nation fed.

“The coronavirus restrictions may have also deterred criminals who would have been easier to detect during lockdown."

However, she said the latest figures from NFU Mutual’s claims were 'not a reason for complacency', and farmers remained 'deeply concerned' that the crime continued, even at a time of crisis.

“We are worried that when movement restrictions ease there could be a resurgence as thieves target the countryside again.

"We are urging farmers to remain vigilant and check stock regularly.”

Rustling has always been an aspect of farming, but ten years ago NFU Mutual would rarely see claims of more than a dozen sheep taken at a time.

The insurer now regularly receives reports of thirty to a hundred sheep being taken in a single raid.

Ms Davidson added: “As well as causing untold suffering to ewes, who may be in lamb when they are stolen, rustling is causing high levels of anxiety for farmers who have built up their flocks over many years.”

Farmers have welcomed the successful prosecution and jailing of criminals responsible for horrific killings and butchery of sheep in fields, which shocked the nation in 2019.

In November 2020, a further joint operation between Warwickshire and Northamptonshire Police resulted in the conviction of a man for the theft and slaughter of sheep in Rugby.

More recently in January this year, a 20-year-old man and a 16-year-old boy were sentenced in connection with the theft of a lamb in South Warwickshire.

Carol Cotterill, from the Warwickshire Police Rural Crime Team said: “Livestock thefts can be extremely distressing to both the animals who suffer, and also to the farmers who bred and raised them.

“Our Rural Crime Team is determined to reduce rustling offences and to investigate when they do occur, to ensure those who are responsible are brought to justice for their actions.”

How can I help prevent livestock rustling?

Modern livestock thieves scout the countryside for targets and come equipped to steal with large vehicles.

• Ask neighbours to report any suspicious sightings to the police, or to give information 100% anonymously to the Crimestoppers Hotline 0800 555 111